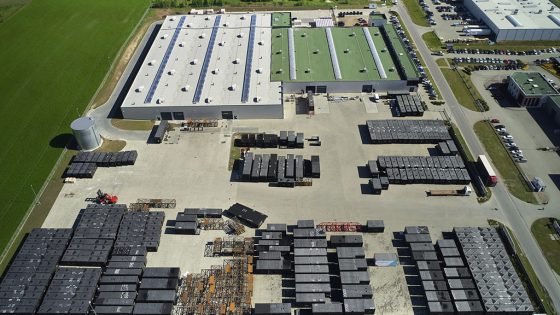 US modular giant Volumetric Building Companies (VBC) has announced plans to open a factory in the UK as part of its expansion into the European market.

VBC said it would target the UK build-to-rent, affordable housing, student accommodation and hotel sectors, as it seeks to become a $1bn player in the growing modular construction field.

Andy Smith, VBC’s UK director, said residential – both build-to-rent and affordable housing – was one of the fastest-growing segments of the offsite sector, driven by the high cost of private rental, the lack of affordable housing and changing demographics.

“There is a critical need to increase the housing stock in high-density urban areas and to radically improve the productivity of UK construction,” he said.

The company has a dedicated management team in place in the UK and now plans to launch an offsite manufacturing facility to bolster its existing modular production provision in mainland Europe.

“Our aim in the next three years is to secure a strong order pipeline in our target sectors in the UK – student accommodation, build-to-rent, affordable housing, defence, custodial and hotels – and to raise the profile of VBC here, ahead of our expansion into Western Europe,” Smith said.

VBC is already in discussions with a number of major contractors, developers and social housing providers, he added.

It also manufactures components such as bathrooms and kitchen cabinets in-house to control supply throughout the process, from design to manufacture, installation and handover.

Earlier this year, VBC merged with Polcom, a Polish steel modular manufacturer specialising in the hospitality sector, to strengthen its foothold in Europe.

Last year, a US bankruptcy court gave the firm permission to acquire the assets of modular firm Katerra, including its manufacturing facility and offices in California, after the troubled start-up filed for bankruptcy.