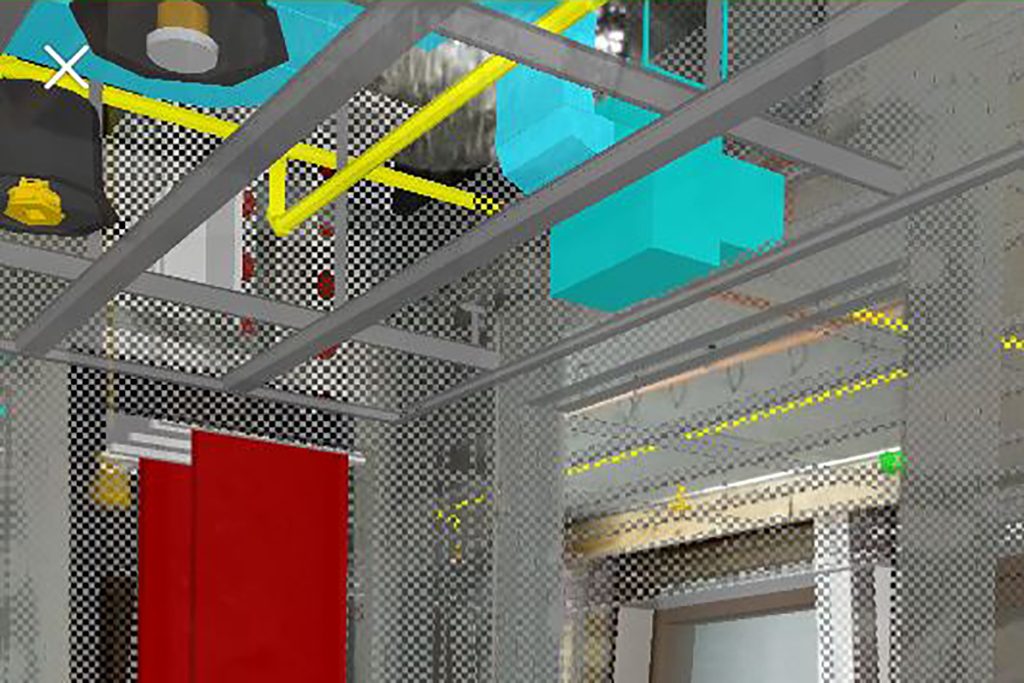 A third of contractors have no plans to buy into augmented reality (AR) technology, according to a survey by data analytics firm GlobalData.

While 55 per cent of companies were considering introducing the technology into their business in the next two years, the survey of around 150 construction companies found more than 30 per cent are not interested.

The global AR sector is set to grow by more than a third by 2030, the report adds.

Technology use across the construction sector, including of AR, has ramped up in recent years, with the likes of Multiplex, M Group and Eurovia employing the technology on their construction sites.

While GlobalData did not gather data on the reasons for the uncertainty over AR technology, Multiplex head of digital and business transformation Tom Loader told Construction News setting up and maintaining the technology is time consuming and needs specialist skills, while AR is an “unwieldly” technology which can be seen as a distraction on site.

“This additional cost paired with a degree of project disruption means that it is probably down the list for technology investment for most construction businesses,” he said. Multiplex meanwhile has paused its use of AR technology on its £400m mixed-use scheme in London, known as The Broadway (pictured), after the benefits of AR were “limited”.

CN visited the site in 2020, when the contractor was using AR to root out potential mistakes before the actual building work began.

“Our initial trials were focussed on checking of completed works, for instance seeing if pipe runs were following the design,” Loader said. “We did get quite positive feedback from our site teams initially but over time the set-up and maintenance of the platform and keeping the information on the platform up-to-date meant that it was slow to administer.”

Multiplex is not looking to expand its use of AR for another 12 months at least. Instead, it is focusing its investment on analytics, which Loader said would offer it “much greater control over our project delivery and ultimately a better return on our investment”.

The GlobalData report suggests that low profit margins meant investment into such technologies is difficult to fund, while some scepticism remains over how useful it is. Investment into other technology, including BIM, is also needed before AR can be equipped, the report says.

But other firms have previously championed the technology. Contractor M Group Services trialled the technology in partnership with Vinci-owned highways specialist Eurovia UK, while working for Thames Water and Yorkshire Water.

CN discussed the programme with the firms last year. At the time, they explained that the system would allow the companies to see the worker’s real-world location while underground, which should reduce accidental damage during excavations.

In response to GlobalData’s survey, M Group director of business services at its water division Andy Carter said he expects AR to become a “mainstream part” of safe working in the utilities and infrastructure sectors.

“Using AR technology benefits our operating businesses and our clients by minimising the risk of underground services strikes and third-party asset damage” he said, adding that the technology has developed quickly, and that it has improved accuracy and cost issues.

“It also has the potential to reduce the carbon footprint of our operations, which is important to us and our clients,” he added.

Eurovia UK quality, improvement and innovation director Yogesh Patel, meanwhile, said the technology was helping to build a digital twin of the site.

“The hope is that one day all underground services are accurately charted so as to completely eliminate service strikes and minimise unnecessary delays and disruptions to projects and the public,” he added.

The industry’s investment into research and development (R&D) reached an all-time high in 2021, reaching £471m, in comparison to £399m the previous year. R&D investment also increased by more than 400 per cent since 2011, when the total stood at £93m.