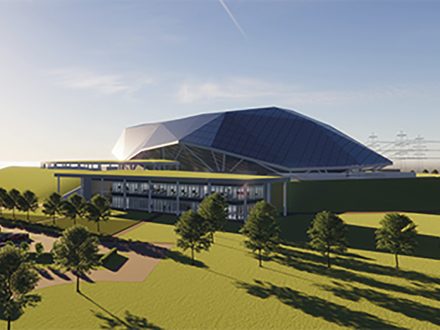 More than half of the public are unaware of small modular nuclear reactors, data from an online government poll has shown.

The department for Business, Energy and Industrial Strategy conducted an online survey of a random sample of the public to gauge responses to basic questions about renewable energy and infrastructure, as part of a seasonal tracker of public attitudes.

The poll, which took place last autumn, found that 54 per cent of respondents ‘had never heard’ of the new generation of smaller-sized nuclear reactors; only 6 per cent stated that they ‘knew a lot or a fair amount’.

Men were more likely than women to be aware of SMRs: 57 per cent compared with 35 per cent. Meanwhile, degree-educated respondents had a higher awareness than respondents with no qualifications.

SMRs are mini versions of traditional nuclear power plants that can largely be built in modular form in offsite factories before assembly on site. It is an approach that saves development and time costs compared with traditional nuclear power-plant builds. The government has backed SMRs as part of its decarbonisation plans because of their low-carbon energy generation – a point reiterated in its Energy Security Strategy, published last week.

Simon Middleburgh, an academic at Bangor University’s Nuclear Futures Institute, said it was important for the public to be made aware of the technology’s benefits.

“The vendor must make it a key mission to show the benefits of the SMR, enabling this highly scalable and exportable technology to be on the tip of the tongue of the general public wanting to fight climate change and decarbonise our industry,” he said.

Furthermore, he said that by educating the public, more scientists and engineers would be drawn to the SMR job market, which was crucial for the design, operation and eventual decommissioning of the reactors.

Raised awareness of the technology was also a pathway to more financial investment, Middleburgh added: “By gaining public acceptance and confidence, the SMR industry will be able to gain further investments from private ventures in the UK and beyond, driving further economic and societal benefits.”

The government has committed £210m towards the building of SMRs, after £250m of private investment was raised. Rolls-Royce is leading the development of these nuclear reactors and 90 per cent will be manufactured in a factory setting. The SMRs will cost about £2bn, nearly one-tenth the price of a large-scale reactor plant such as Hinkley Point C.