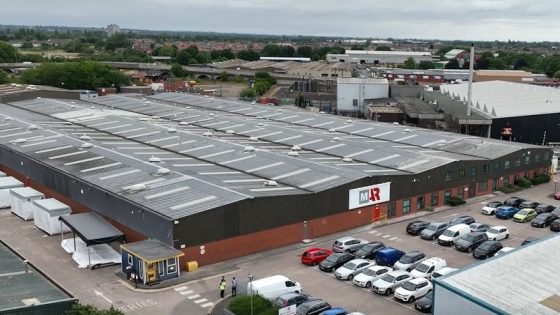 Modular construction specialist M-AR has said it plans to scale up its production ambitions after acquiring the freehold of a 9,200-square metre factory in East Yorkshire.

The firm shelled out £3m to buy the Hull manufacturing facility, which it was already using, saying ownership would help it to take on more orders in the coming year.

The company said in a statement: “As a ‘contractor with a factory’, we’re currently embarking on a significant programme of growth underpinned by continuous reinvestment into the business, including purchasing new equipment, hiring more staff and undertaking innovative training programmes.”

It added that the move would grant it “complete control” over the layout, allowing the firm to make adjustments to streamline the manufacturing process.

M-AR was founded in Hull in 2007 and its projects have included a modular housing development in Wigan, a park and ride scheme in Leeds, a special educational needs school in south London and offices for Network Rail in Greater Manchester.

The company stated that the plan to increase the factory’s usable production space was driven by an expected increase in demand for the firm’s services.

M-AR director Ryan Geldard said: “This is another major step for us as part of our ambitious five-year growth plan. As well as giving us complete control over our own manufacturing facilities going forward, it gives our staff and clients reassurance that we see further growth opportunities in the offsite construction market.

“This is another positive chapter for us, which demonstrates both our long-term commitment to the industry as well as to our local community of Hull. This investment puts us in a strong position for project delivery as we look ahead to 2023.”

The offsite sector has shown signs of strain this year, with Caledonian Modular entering into administration in March and subsequently being bought out by JRL Group, and fellow specialist Mid Group going under in July. Countryside announced in July that it would close a modular construction factory in Leicestershire that it opened a year earlier, after its profit plummeted. Countryside was acquired by Vistry this week.