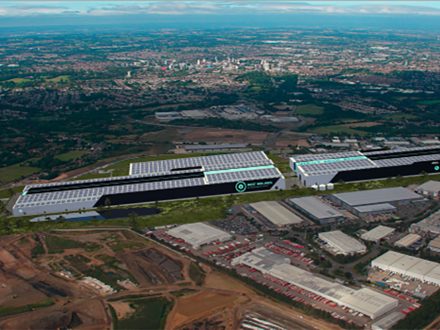 Warwick District Council and Coventry City Council have approved the outline plans for a gigafactory in the West Midlands.

The facility, which will produce batteries for electric vehicles, will have 530,000 square metres of floor space and is expected to receive further planning approval in March 2022.

West Midlands Gigafactory is a public-private joint venture between Coventry City Council and Coventry Airport, and has further support from local industrial groups, local government and academic institutions. Its backers claim it could result in £2.5bn of investment being brought to the area.

The factory will be low carbon in its operations, with its owners committing to using electrified rail instead of HGVs for logistics. Solar panels will also be installed on the roof.

Coventry City Council cabinet member for jobs, regeneration and climate change, Jim O’Boyle, said that while the location and supply chain was sorted, the next steps would be to secure an investor. Project director Mike Murray said: “Located at the heart of the UK’s automotive industry, the Gigafactory is closer to almost every car-manufacturing plant in the UK than any of the other proposed [gigafactories], or gigafactories under construction, making it an ideal location for global battery manufacturers.”

In December last year, Wates was chosen to work on the design of a £450m battery factory in Sunderland. Earlier, in September, ISG was made the contractor for a £3bn gigafactory in Northumberland.