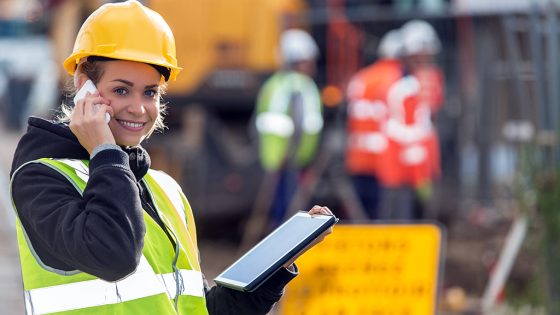 It can be infuriating when two useful items of software refuse to communicate, forcing users to find cumbersome workarounds or even revert to paper. In response to demand, industry software specialist Causeway Technologies has integrated Microsoft 365 with its Ermeo workforce management software tools, so each now ‘talks’ to the other and users can move seamlessly between them.

Microsoft 365’s suite of tools comes as standard on many devices, while Causeway’s Ermeo is used by construction site and field workers to complete forms on a mobile device.

Causeway product evangelist Andrew Woolstone says: “A lot of people that we are speaking to have deployed Office 365 as their standard suite for email, storing documents or managing information. It’s the norm. It’s the way you buy Microsoft licences these days and a very popular way for our customers in the industry to use their Office licence.”

Forms on a tablet

Once a form has been completed in Ermeo, a Word document or Excel spreadsheet template is automatically populated and can then be filed at the right location in a Microsoft SharePoint Site or Team.

As more people work with mobile devices, Ermeo lets them complete forms on a tablet instead of paper or Word documents, which “aren’t very mobile-friendly”, Woolstone notes.

“If you haven’t got a signal, or the signal drops, you lose the form. So, something that has a proper app and offline mode, and is designed for the mobile is a much better experience for that person on site or out in the field,” he adds.

Since use of Microsoft 365 is so widespread, Causeway decided “we will work in that and support that environment”, Woolstone says.

Information can be stored where it is needed, so a completed form will be saved in the right area, and project information captured on site can be included in company dashboard management information packs.

Causeway Ermeo’s compatibility with Microsoft 365 has been widely welcomed.

“It really seems to be very well received,” says Woolstone. “Everybody gets the fact that they want to be able to digitise their site forms and paper processes.”

Woolstone gives the example of a customer with a team of maintenance engineers. Each of them sets out to work with a thick lever-arch file of paper risk assessments and won’t know which one will be needed until they have assessed the situation on site.

“Rather than having to stop, go back to the van, get the paper form and then go back to the site, they can just pull out their phone or tablet and they’ve got their whole library of forms they need,” he says.

Another use of integrating Causeway Ermeo and Microsoft 365 is when many photographs need to be taken.

“Our technology makes that whole experience a lot easier for the user. They can easily upload pictures with an explanation of what is shown, along with GPS locations,” says Woolstone.

The combination of Causeway Ermeo and Microsoft 365 works on any tablet, laptop, iPhone or Samsung phone.

Woolstone concludes: “It’s really a very open system that you could integrate with other systems as well – your finance systems, your project systems, customer systems, whatever.”