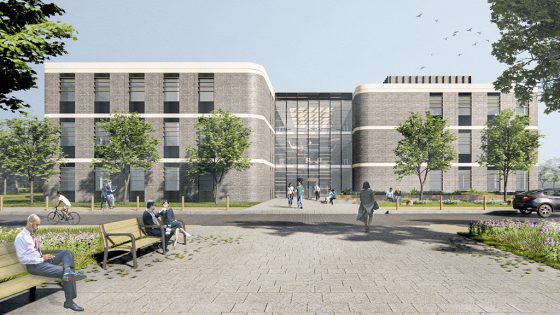 Mace has been appointed to deliver the first part of a £100m expansion of research facilities at Oxford University.

The contract, worth about £45m, will see the company provide two buildings, covering a total of 135,000 square feet, at Begbroke Science Park in Kidlington.

One building will become a new home for the university’s academics, while the second will host a commercial hub for companies aiming to grow and build links with academia.

Practical completion of the buildings, designed by NBBJ architects, is targeted for early 2024.

A new cycleway link between Begbroke Science Park and Kidlington, in addition to a public art piece by Turner Prize-winning practice Assemble, are included in the development.

Oxford University Property Development, a joint venture between Oxford University and Legal & General (L&G), is also working on plans to bring forward wider development outside the existing boundaries of the Science Park to deliver homes, extra research and development facilities, and commercial space.

Mace managing director, PREACH, Terry Spraggett said the project was one of the most ambitious science and education projects that the contractor had ever been appointed to deliver.

“Working closely with the University of Oxford and L&G, we’ll use our track record and experience in creating the UK’s latest science testing facilities in electronics, satellites and medical research to bring new research spaces for this prestigious academic institution,” he said.

“By assembling a multi-disciplinary team, we are delivering the buildings in the science park to the highest sustainability and quality standards.”

“Begbroke has been a home of innovation for Oxford University for over 20 years, supporting spin-out and scale-up businesses, attracting and retaining talent, and generating economic and social benefits.

“Our partnership will deliver the further space needed to build on that success.”

The news follows the decision to award Bam Construct a £54m contract to build a new, 10,000-square-foot health campus for the University of Huddersfield.