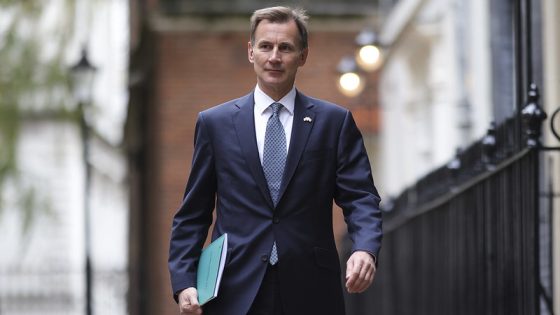 Changes to R&D tax credits announced yesterday by chancellor Jeremy Hunt are likely to hit small and medium-sized construction firms that rely on the scheme, according to experts.

He said the move was an attempt to reduce fraud through the scheme, despite the fact that previously announced measures to limit fraud – due to be introduced next year – have yet to take effect.

Hunt told Parliament: “Despite raising revenue, the OBR [Office for Budget Responsibility] have confirmed that these measures have no detrimental impact on the level of R&D investment in the economy.”

As a countermeasure, the chancellor increased the rate of the R&D Expenditure Credit (RDEC) from 13 per cent to 20 per cent.

But Thomas Boaden, senior business development manager at consultancy Ayming, said that it appeared that the government had prioritised the needs of big business over SMEs.

“The issues with the abuse of the scheme would be better solved by improving how HMRC polices it rather than pulling the rug from under SMEs that rely on things like R&D tax credits to survive,” he said.

“This is especially true for companies in an industry like construction with such tight margins.”

In response to worries about fraud, His Majesty’s Revenue and Customs has already announced a series of changes aimed at strengthening the system, which are due to come into force in April. From then onward, all claims for tax credits will have to be submitted digitally through an HMRC portal and signed by a named director of the company applying.

Companies that have not claimed before will have to pre-notify HMRC of their intention to make their first claim.

The scheme will also be restricted to R&D taking place in the UK – so a UK business pursuing R&D in an overseas market will no longer be able to claim for it.

Boaden said: “My concern for SMEs is that the increased scrutiny from HMRC combined with this reduction in the benefit will mean that many companies decide not to claim anymore, which will inevitably result in more companies going out of business at a time when we are already expecting unemployment to rise.”

In response to the chancellor’s move, Martin McTague, national chair of the Federation of Small Businesses, said: “Gutting the research and development tax-credit scheme will crush innovation and growth, resulting in tens of thousands fewer R&D-intensive small businesses.

“This doom loop makes a mockery of [the government’s] plans for growth. The chancellor has stewardship responsibilities to the next generation and he has failed with this move [which will] kill R&D.”

Penny Simmons, legal director at law firm Pinsent Masons, said SME tax reliefs are “a vital source of financing to start-ups” since they provide a cash repayment. “It is this repayment that is being cut. Without access to the cash repayment, many start-ups may struggle to secure adequate funding to progress R&D and ultimately new UK-based innovations.”

She welcomed the increase to RDEC but said that it “doesn’t provide a cash repayment and therefore is not as valuable to innovative start-ups – the RDEC tends to be used by larger businesses that are less reliant on a cash repayment as a source of financing for new R&D endeavours”.