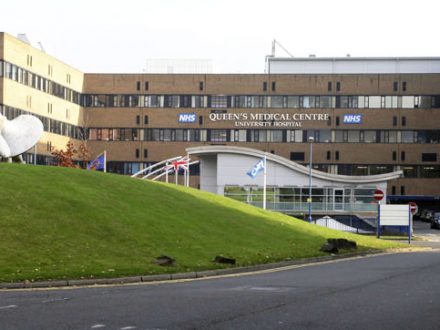 Hospitals in Nottingham, Birmingham and Wolverhampton have been awarded a share of a £553m decarbonisation fund.

More than £70m has gone to the Queen’s Medical Centre in Nottingham to decarbonise the building, while Birmingham Women’s Hospital and Birmingham Children’s Hospital will benefit from £50m to install low-energy heating alternatives and other energy-efficiency measures. New Cross Hospital in Wolverhampton will also be decarbonised to the tune of £32m.

Much of the fund, known as the Public Sector Decarbonisation Scheme, will be spent on the installation of heat pumps across hospitals, schools and universities in the UK, while some will also see insulation fitted, double-glazing installed and solar panels introduced to curb the spend on energy bills.

The scheme is set to save public organisations an average of £650m a year on energy bills over the next 15 years, according to the government.

Around £15.5m is going to Manchester, where low-carbon heating will be installed at institutions including Greater Manchester Fire and Rescue Service, the University of Salford, the National Football Museum and Manchester University. Leeds City Council will receive £4.3m to be spent decarbonising six primary schools and four child daycare centres.

Energy prices have surged in recent months due to the impact of the coronavirus pandemic on growth and the war in Ukraine restricting energy supplies to the UK.

“This funding will bring significant savings for taxpayers of well over half a billion pounds each year by making public buildings cheaper to run, heat and cool, whilst supporting economic growth and jobs across the country,” Callanan added.

It is Phase 3a of the decarbonisation scheme and guidance on how to apply for Phase 3b is expected in July. Demand for home energy-efficiency projects has soared in recent years, with more than nine in 10 tradespeople expecting their workloads to increase in the near future, according to a survey published earlier this month.

Last year, a report by the environmental audit committee warned the government had underestimated the cost of decarbonising UK homes by up to £65bn. The government had committed to reaching net zero by 2050, which included the decarbonisation of at least 19 million homes.