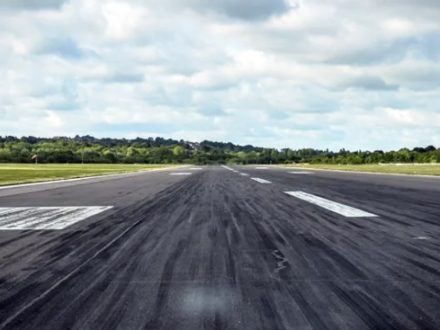 An extension to the runway at Southampton Airport is set to go ahead, after an appeal against it failed in court.

This week, the Court of Appeal refused an appeal by a local campaign group, upholding the decision by Eastleigh Borough Council that the runway can be lengthened by 164 metres.

An associated blast screen and an expansion of the current long-stay car park are also part of the approved scheme.

The decision comes more than 18 months after the expansion of the runway was first approved by the council.

Since the scheme was given the go-ahead, it has faced legal challenge and opposition.

In August 2021, campaigners from the Airport Expansion Opposition Southampton group challenged the planning permission in court over concerns that the proposal would increase noise, traffic and pollution. The High Court rejected the claim.

In December 2021, the application was renewed and the campaigners were granted a judicial review. The group  via its firm  GOESA Ltd  (Group opposed to expansion of Southampton Airport) argued that the decision to extend the runway was “unlawful” on the basis that it was rushed, and skipped essential assessments and formalities.

In May this year, the High Court rejected the judicial review and ruled that the approval had not been unlawful.

A spokesperson for Southampton Airport said the latest decision meant there could be “no further challenge” to the legality of the plans.

They described the scheme as being essential to the long-term viability of the airport and said work towards delivering it would begin.

“We would like to thank all those who have supported our runway plans over the last few years, particularly the residents and businesses who registered their support during the planning process. We appreciate, however, that some of our neighbours have concerns regarding noise and the environment. As an airport, we want to work with the community to manage and mitigate these concerns going forward,” the spokesperson said.

GOESA Ltd spokesperson John Lauwerys said the decision was the end of the legal challenge routes that could be pursued against the expansion.

He added: “A proposed increase of 50 per cent to some three million in the number of passengers flying from Southampton by 2034 is impossible to reconcile with the urgent need to tackle the climate-change crisis.”