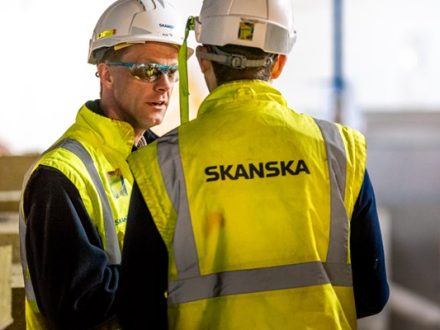 Skanska and Graham have signed up to an industrywide campaign to share carbon-cutting strategies and best practices.

The CO2nstructZero campaign was launched by the Construction Leadership Council (CLC) trade body in March 2021, in response to the UK government’s goal to be net zero by 2050.

The firms that sign up prioritise the shift to modern methods of construction, zero-emission vehicles, energy-efficient builds and construction using low-carbon materials. The campaign has also developed its own performance framework with metrics for firms to measure climate action.

Nearly 200 firms have lent their support, either as business champions or partners. The champions include firms within the industry, whereas partners can include firms aligned to construction.

Skanska recently trialled the use of a low-carbon concrete and basalt-fibre reinforcement on a roadway project for National Highways.

In 2019, the firm announced that it would count supply-chain emissions as its own when reporting its carbon metrics.

Graham is building 500 homes in Wirral Waters, which is a project using significant low-carbon technology.

CLC co-chair Andy Mitchell said: “I am delighted that more than a year on from launch we are seeing no let-up in support for CO2nstruct Zero. As we start to see detailed activity across the sector to drive radical change in areas such as low-carbon concrete, diesel use reduction, and low-carbon funding and finance, these champions will play a key role in promoting better ways of working for everyone.”

In April, Tilbury Douglas and the HS2 infrastructure project decided to get on board with the same campaign.