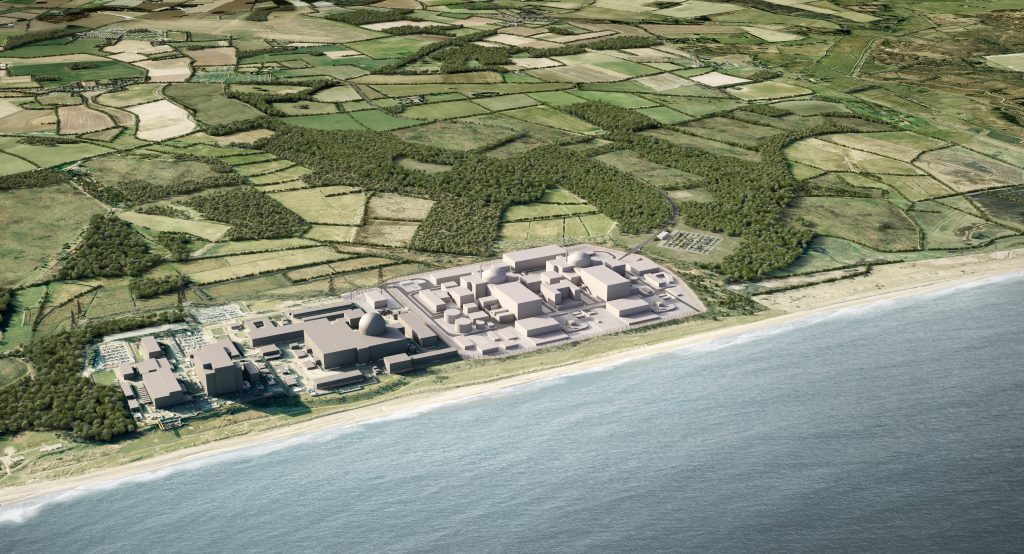 The funding commitment from business secretary Kwasi Kwarteng will be used to develop the project, with the aim of attracting further financing from private investors.

The government has committed to reaching a final investment decision on at least one large-scale nuclear power station before this parliament’s scheduled 2024 end date.

Kwarteng said the fresh funding would help build confidence in the project: “In light of high global gas prices, we need to ensure Britain’s future energy supply is bolstered by reliable, affordable, low-carbon power that is generated in this country. New nuclear is not only an important part of our plans to ensure greater energy independence, but to create high-quality jobs and drive economic growth.

“The funding announced today will further support the development of Sizewell C during this important phase of negotiations as we seek to maximise investor confidence in this nationally significant project.”

Negotiations between the government and Sizewell C project developer EDF have been ongoing since last year. If built, Sizewell C could power the equivalent of around six million homes. Last October, the government outlined how it plans to fund new nuclear power plant construction in the UK with the adoption of a Regulated Asset Base (RAB) funding model.

The RAB will see UK energy billpayers part-fund the construction of new plants through their energy bills, taking the pressure off private investors and reducing whole-life costs, according to the government.

As part of the funding deal, the government will take certain rights over the land of the Sizewell C site and EDF’s shares in the Sizewell C company. This will give the government the opportunity to continue to develop nuclear or other energy infrastructure on the site should the current project not go ahead.

If EDF builds the new nuclear plant, the government will be reimbursed for the £100m, with either cash or an equity stake in the project.

EDF Energy chief executive Simone Rossi said: “Together with our own investment, these funds will allow us to continue to move the project towards a financial investment decision. Sizewell C will benefit from being a near-replica of Hinkley Point C in Somerset, which is more than five years into construction and making great progress in the challenging context of the COVID pandemic.”

The Planning Inspectorate’s report on the Sizewell C plans is due to be submitted to the government next month. A decision on whether to proceed with the development is expected in the spring.