Retentions, net-zero and who he’s met so far – CN speaks to the new construction minister

Exclusive: The average tenure of a construction minister is notoriously short, but freshly appointed Lee Rowley has clear ambitions. He aims to speak up on behalf of an industry he also hopes to hear more from, he tells Ian Weinfass

Asked what his main priorities are, Lee Rowley answers without hesitation: “I want to be a champion of the sector across government – it’s important that construction’s voice is heard all across government.” He caveats this with acknowledgement that he is relatively new to the construction minister brief – a point he goes on to mention multiple times. Being new to the job is, of course, a state relatively few of his predecessors have managed to get beyond over the past 20 years.

Rowley is speaking to Construction News backstage at the CN Summit in central London before he heads on stage to address the conference and answer questions from attendees. Over the course of an hour, he makes it plain he is a politician keen to engage on net-zero and levelling-up, and one who would prefer the industry to come up with the answers to the biggest questions. This feature includes quotes from both the one-to-one interview and Rowley’s summit address.

Doing it in harmony

During our short discussion prior to his speech, Rowley is consistent in the themes and priorities he raises – including in his stated desire to get to know the industry.

“I know there is a keenness to move as fast as possible, [but] we’ve got to make sure, particularly given the challenges of the last 18 months, we’re doing it in a way that brings business with us”

On the net-zero agenda

He says: “There’s obviously a big job around coronavirus and making sure we get through that. There’s a huge job around net-zero as we’re starting to move our focus onto that, and there’s huge questions about productivity and resilience, all of which has been fantastic [so far] and I want to continue to support it.”

He goes on to tell delegates at the conference: “It’s the decisions you make that matter, it’s the processes you follow that will make a change in the future and it’s the changes you propose, responding to and reflecting things like net-zero, which allow us to make progress as a community and a country over time.”

He says he has been impressed by the dynamism of the industry he’s seen on visits to schemes including Tideway in London, HS2 in Buckinghamshire and the Construction Innovation Hub, as well as in calls he’s held with the Construction Leadership Council (CLC).

After his one-to-one with CN, he arrives in the main conference hall a few minutes early for his speech, on the morning of 1 December, prior to new COVID restrictions being introduced. A drinks and networking break is still going on, and the Conservative MP makes his way across the room, speaking to table after table of delegates, trying to learn what he can.

In 2019, CN revealed that, despite the minister officially having a co-chairing role at the CLC, the postholder’s actual attendance at such meetings had been rare. This is a picture that seemed to change during the pandemic, with CEOs such as Amey’s Amanda Fisher later remarking on how much easier it became to speak to Whitehall from March 2020 onwards.

Asked how he thinks that relationship could be built on, Rowley says he is still listening to the views of different players in the industry so he can be “that champion for the sector”.

The 20 construction ministers before Lee Rowley

He wants to work with the industry to make progress on the objectives “that we all have”, and notes that a key challenge is to make construction greener, referring to the large proportion of emissions generated by the sector.

Rowley, who praises the work already going on in the sector, is not keen on such dramatic measures, however. He says: “I know there is a keenness to move as fast as possible, [but] we’ve got to make sure, particularly given the challenges of the last 18 months to two years, we’re doing it in a way that brings business with us and makes sure we can get there. If we can do it in harmony, I know we can get there quicker and more effectively as a whole.”

MP for North East Derbyshire since 2017, Rowley is a relative newcomer in the House of Commons, although he is familiar with Westminster, having served as a local councillor in the London borough from 2006-14, as well as working in roles in energy, education and financial businesses. “I’m now a politician. I was a banker and I started off as an estate agent, so I’ve done all of the great [jobs] and I’m very proud to have been all of those, and now very happy to be the construction minister,” he quips.

While commonly called construction minister in publications such as this, Rowley’s official title is parliamentary undersecretary of state (minister for industry). Construction appears as one of 15 areas of responsibility listed on his official biography, with others including net-zero, levelling up and defence.

He then reels off a series of construction events he attended in the preceding days, adding: “It is a daily feature of my life and I’m very keen for it to continue.”

It cannot be ignored that, for most who hold his role, it does not often continue for very long (see box, above). Rowley is the 21st MP to serve as construction minister since 2001. His predecessor, Anne-Marie Trevelyan, lasted eight months. She followed Kwasi Kwarteng, who held the brief for less than one month.

The longest-serving minister of the past 20 years was David Cameron’s first construction minister, Mark Prisk, who spent two years and four months in post, from May 2010 to September 2012.

CN asks whether Rowley is concerned about the role’s turnover and whether he believes he’ll have the time to actually do what he wants in the job. “That’s slightly above my pay grade,” he replies. “I’m not here just to send out press releases or do the odd visit; I want to understand how the business works – I want to understand the dynamics and economics within it, what needs to be done.

“I really want to understand where there are challenges and problems. I want a constructive but candid conversation with industry, but whenever I’m in post – and I hope I’m in post a long time – I look forward to working in the sector.”

It is clear his philosophy remains one of minimal intervention, despite – like the environmental consultant’s suggestion – some of the things he’s heard from the sector. Asked about the perennial problem of late payment, he says: “I know the Prompt Payment Code is being refreshed; there’s a lot of focus in government about how this area can work better in the sector. Ultimately we need the sector to also own that and I know it is doing that.

“There’s also a diversity of views in the sector. I think it has got to come to a consensus on some of these things, particularly on potential changes.”

I want to work with people in the sector to understand where the problem is, how the voluntary challenge to abolish this by 2025 without the need for specific government intervention is, and then we can have that conversation next year”

Elsewhere, a Department for Business, Energy and Industrial Strategy consultation on retentions was launched in 2017, with the majority of respondents calling for change to the practice and a ban proposed by “many respondents”. Build UK, the Civil Engineering Contractors Association, and the Construction Products Association had already called for a ban by 2025. A government response issued in 2020 said it was trying to work with the sector to reach a consensus, with then construction minister Nadhim Zahawi claiming several new policy options were under consideration.

CN puts it to the minister that the department has gone silent on the issue since then. Rowley responds: “That’s another example of where there’s a difference of views within the industry. There’s a recognition that the status quo is not really where the industry needs to be, there isn’t a full agreement on where to go.

“Retentions have been a discussion between the government and the industry for decades, and what we need to work through is what’s reasonable and proportionate in this area. I want to work with people in the sector to understand where the problem is, how the voluntary challenge to abolish this by 2025 without the need for specific government intervention is [faring], and then we can have that conversation next year and [consider] where we need to go.” 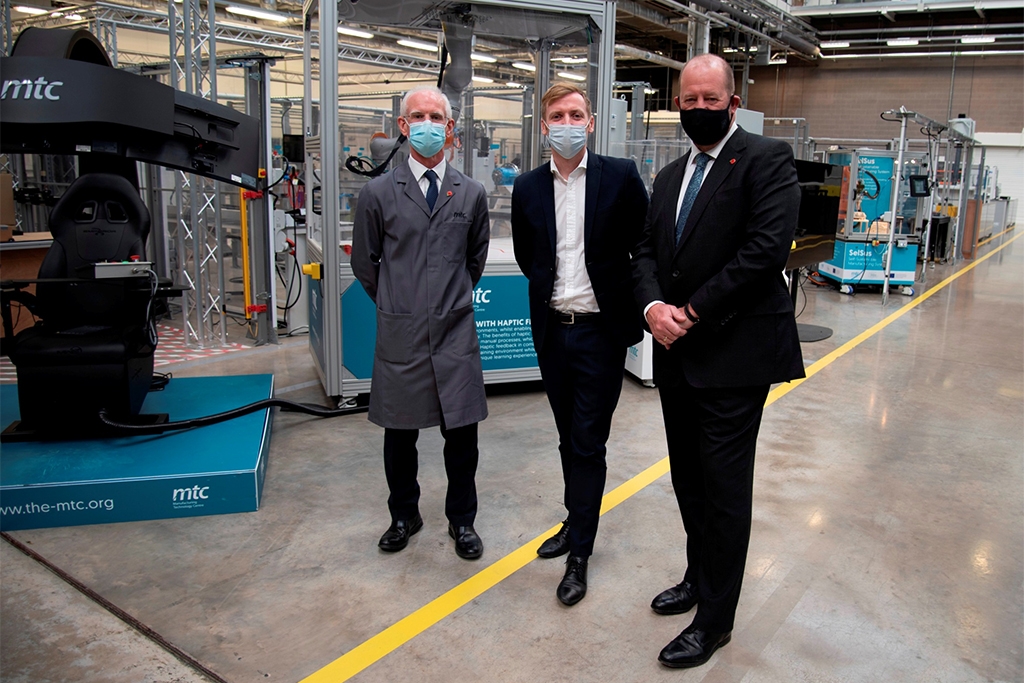 We ask whether this delay in decision-making is due to the fact government departments themselves still deduct retentions when they act as clients. “The question isn’t necessarily retentions itself,” he responds, not directly answering the point. “Although I accept, as a non-expert, I’ve got to listen – the question is where retentions are not used appropriately.

“I want to get into the detail. There are different challenges; let’s get to the heart of the issue and then see whether it is proportionate to do something voluntarily, whether changes are needed or whether government needs to intervene. If we can do that, I hope we can make some progress, and I look forward to working with the industry on that.”

Many will be hoping that the minister sticks around long enough to do just that.