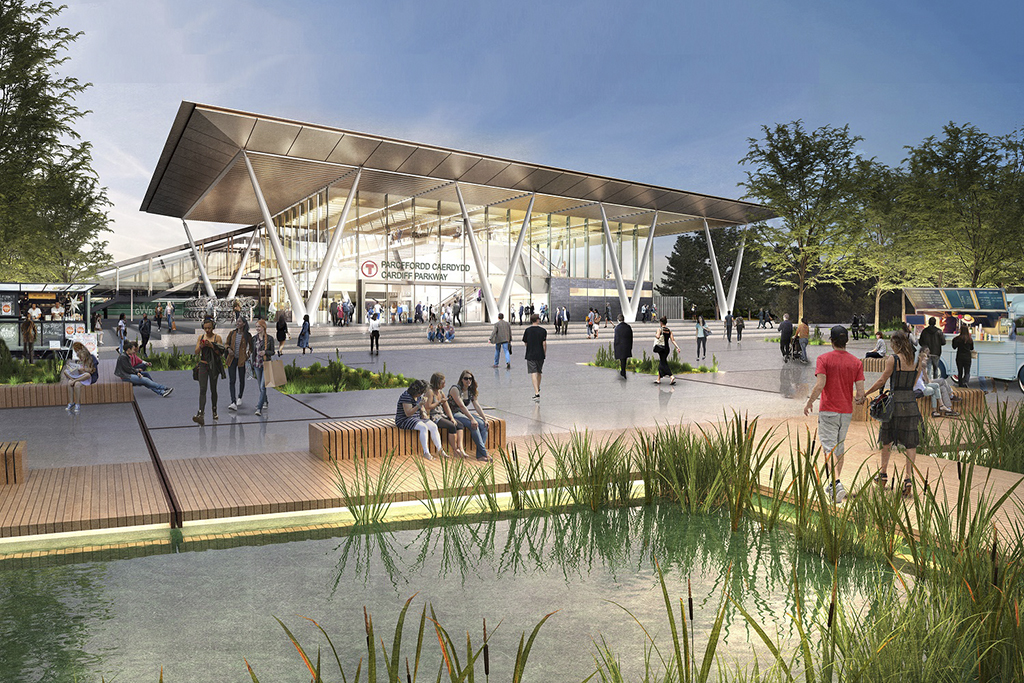 A £120m job to build a new station and business district in Cardiff has been called in by the Welsh government.

The Cardiff Parkway station and linked Hendre Lakes business park obtained planning approval from Cardiff Council in April, more than a year after plans were submitted in 2021.

The Hendre Lakes development would cover 90,000 square metres and include office and commercial buildings, while the new station would sit on the current western line connecting to Bristol and beyond.

The project was called in by the Welsh government due to concerns about its potential impact on scientifically significant sites nearby.

It will now be subject to a review by an inspector, with the findings passed on to climate-change minister Julie James, who will make the final call.

A government spokesperson confirmed that the project had been called in, adding: “Welsh ministers cannot comment further on this, as to do so may prejudice any future decisions in relation to the proposal.”

In a letter to Cardiff Council, head of planning decisions at the Welsh government, Lewis Thomas, flagged up several issues with the project, saying it was “likely to significantly affect sites of scientific, nature conservation or historic interest, or areas of landscape importance”.

“Calling in the application will ensure the impacts of the proposal on the nature and climate emergencies are considered through examination of the application by an independent and impartial inspector in accordance with relevant statutory procedural regulations,” he added.

The project is due to be delivered in a number of phases over eight years, with the train station part of the first phase. No contractors have been appointed and developer Cardiff Parkway Developments originally intended for construction to begin in 2021 with the station opening to passengers in 2024.

The decision to call in the project also came despite the Welsh government owning a 10 per cent stake in the station and business park.

In a statement, Cardiff Council said: “The comprehensive officer report captures all the comments received and identifies those measures considered necessary to mitigate any otherwise adverse impacts of the development upon the environment.

“It is not uncommon for ministers to call in planning applications where they feel the issues raised are of more than local significance. The council will work closely with the minister and their appointed advisers throughout the call-in process.”

Government-sponsored body Natural Resources Wales said: “Our responses have considered the impact the development would have on protected species, designated sites and flood risk, and were included in full in the planning committee report.”

Commenting on the decision, a spokesperson for Cardiff Parkway Developments said: “We are disappointed and frustrated that the Welsh government has extended the decision-making process.

“With all the effort that’s gone in, we are confident that our application is robust and we will work through any issues highlighted. We remain fully committed to the delivery of this major project, which will result in thousands of new jobs clustered around a major new railway station and sustainable transport hub, which is fully aligned with Welsh government policy.”

Arup is the planning consultancy on the scheme.