Part L changes to usher in era of greener housebuilding 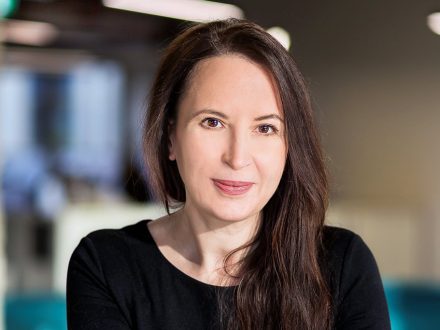 Sarah Peterson is director of energy and sustainability at Harley Haddow

Homebuilders in the UK are set to face significant changes with a major step in the government’s drive to become carbon neutral. With the rise of net zero and a nationwide commitment to create a cleaner and greener built environment, the new updates to Part L building regulations will have a big impact on the construction industry.

The Part L document sets out the rules that homebuilders must abide by, while also setting out guidelines for the efficient use of fuel and power in new buildings, outlining what materials can be used and the correct procedures. In a major shake-up, these rules have been revised to adapt to the government’s sustainability pledge in the construction sector. Homebuilders will face a range of changes, including how a property is insulated, as well as in relation to heat pumps and solar panels.

The new regulations came into place in England on 15 June in the biggest change to building regulations since 2006, while Scotland can expect to see similar changes implemented later this year. From reducing thermal bridging in homes to the rise of heat pumps, there will be plenty for homebuilders to dissect in the latest Part L update.

What are the changes?

In a substantial change, all new homes must produce 31 per cent less CO2 emissions than what is outlined in the current Part L regulations. There is a greater focus on and requirement to achieve a near-zero-energy building by 2025.

The impact of thermal bridging – the disruption to the insulation envelope – will form a key part of the energy reduction measures, requiring more detailed review and calculation to ensure reduced energy is the key consideration and reduced heat demand.

The update also states that gas-fired heating can no longer be heavily promoted, but it can still be used as a viable option. However, this will change in 2025, when gas heating in new buildings will be halted.

Heat pumps will play a vital part in leading the role in compliance objectives and we will now need to design our heating systems to enable connections at a later date. Again, there will be key considerations to be made, and requirements to design a suitable low-carbon heating source to balance carbon reduction and running costs.

The regulation changes also apply to non-domestic development, where we could see solar thermal hot water systems becoming a key technology, particularly when offsetting gas. However, solar photovoltaic (PV) will be treated differently in emission calculations, which means we will no longer see a carbon-reduction benefit with its introduction.

Under these new restrictions, it is also reported that combined heat and power is set to perform poorly, so this is an area to watch, which is likely to be further researched in the coming years.

Consultancies will have to take careful consideration with these new rules coming into place. With primary energy now at the forefront of considerations, rather than just carbon, the building design is crucial and this could limit design strategies in the future.

What does this mean for homebuilding?

If you have a project under way, there is a grace period, and these projects can go ahead if they fit the correct deadlines. For example, if a building notice, initial notice or building plan has been submitted to the local authority before June 2022, and commences before June 2023, the work can continue, and building is permitted under the previous standards.

The Part O standard will also be launched, which is a document approved by the government on overheating. The launch will include more regulations around overheating in all residential buildings, which include care homes and living accommodation for schools and colleges.

There are two methods that can help with this simplified and dynamic thermal modelling, which Harley Haddow will be offering as a service. However, to meet the new overheating standards this requires key considerations around the early design stages of a project.

For those in Scotland, it is recommended that you are aware of the changes that are going to be implemented and to get ahead if there are upcoming projects you may be working on. The better equipped companies are, the easier the transition will be.

Repurposing can give a sustainable boost to city centres

Nuclear fusion: building the abundant clean power of the…