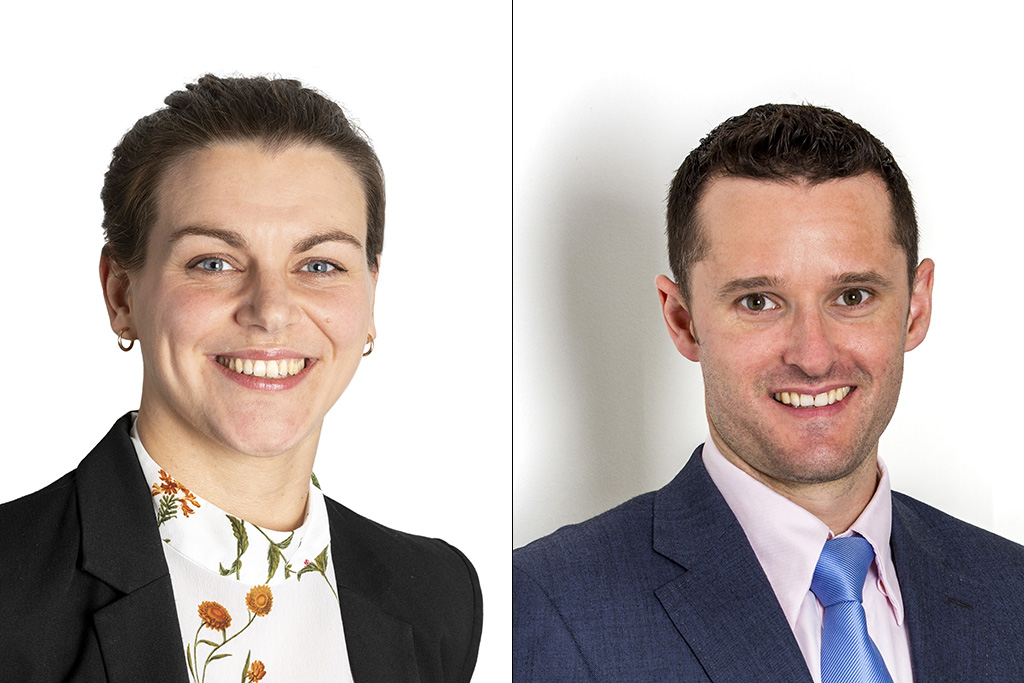 For McLaren, the future of construction is tied to the effective use of data – and the business intends to gather as much information as it can, while retraining staff and recruiting external experts. Ian Weinfass gets an exclusive insight into its new digital strategy

“Data is the new oil,” declared mathematician and data-science entrepreneur Clive Humby in 2006. When the value of oil became clear for owners and manufacturers of construction machinery in the early 20th century, they were quick to use it. But nearly two decades after the value of data began to soar in the information age, few would say construction has placed the same emphasis on mining this rich resource. Yet many in the industry are trying to change this, including contractor McLaren with its new five-year plan.

The demand for construction to increase its competence in this area is ever-growing, with new technologies emerging, as well as requirements to meet building-safety rules and net-zero targets.

Construction News gets an exclusive insight from McLaren’s building information modelling [BIM]  and digital lead, Ashley Murray, and group pre-construction director Adam Nicholson into plans to revolutionise its business by making the most of its data – and hiring the right people for the job.

McLaren’s short-term aim is to gather as much data as possible. Its longer-term plan, Nicholson says, is to have developed a complete “end-to-end dataset of all our building information”. This
will then be used to compile thorough reports on its projects.

The pair’s enthusiasm for the subject is clear throughout our in-depth interview. “As time goes on, companies that have this data will have a competitive advantage because they will be able to see where the inefficiencies of the past can be designed out. Those that are tripping over things […] will be working with their arm behind their back to some extent,” Nicholson says.

Murray adds that the initial data-gathering part of the strategy will take 24 months, but that there will be “continuous improvement far beyond two years”. She adds: “The more data we get, the more opportunities it creates.”

Possibilities include the use of predictive analytics to forecast risks by taking information about a forthcoming project and comparing it with previous data from similar jobs. “It’s the way the insurance market has worked for many years,” Nicholson notes. “Looking at algorithms and datasets to say how past information reflects a premium that’s going to go forward.”

Based on the lessons of the past, the firm will be able to flag on internal systems whether a particular job is at risk of cost, time or health and safety issues. One example he gives is combining data gathered about jobs with something as simple as weather forecasts and efficiently resequencing programmes to avoid risky works, such as crane lifts during periods of high winds.

Data is also being gathered to raise sustainability. All contractors face national environmental targets that mandate greater efficiency and lower carbon emissions, and progress will rely on good knowledge of prior performance.

“We’ve taken all of our energy consumption and our water consumption by building site and aggregated those by sector, by programme and by value, and we can now set the sector, the project and the value, and estimate how much water and power consumption a [new] project will have,” Nicholson says. “So, when we apply our [carbon reduction] targets, we can actually apply them against a robust baseline.”

This includes building a baseline for embodied carbon – a measure that takes into consideration emissions in the manufacture and transport of materials – into all of its project plans to demonstrate the level of reduction. “And what it will allow us to do is [ask]: can we put GGBS [ground granulated blast-furnace slag] concrete here? Or can we put recycled steel in and does that bring down that embodied-carbon baseline? We’re looking for designers to bring up that big data into their model so that we can actually work with the sustainability objectives,” Nicholas adds.

All of McLaren’s subcontractors will, in time, be expected to provide the same type of data that the contractor is able to gather. Nicholson says some are already well-equipped for this, but adds: “We might have some other subcontractors who are absolutely brilliant at doing their day-to-day job. They could be the best steelwork contractor or drylining contractor in the world, but they might not be really up to speed with the tech that goes with that to seamlessly integrate it into our systems. We’ve got to have some robust conversations with them about how to support them into that space so that, over the years, they can upskill themselves.

“It’s very similar to how we did this with BIM when it was mandated in 2014 – we really had to support some of our suppliers into that space and we’ve got the same process going on again.”

Environmental regulation is not the only industry requirement that makes good data management a vital skill. In the aftermath of the tragic Grenfell Tower blaze in 2017, Dame Judith Hackitt’s independent review of building-safety regulations recommended that for high-risk residential buildings, a digital record “from initial design intent through to construction and including any changes that occur throughout occupation” should be kept. This “golden thread” of information will be used by companies to demonstrate safety to the new Building Safety Regulator, which is due to be formed under the Building Safety Bill that is expected to become law later this year.

Murray reveals that the contractor is working on a pilot programme, with housing association L&Q and the Department for Levelling Up, Housing and Communities, on how to deliver the golden thread, although she says the firm’s exact role in the scheme cannot yet be discussed.

In general terms, McLaren plans to use its data-gathering capabilities to ensure it has clear information on designs, products and decisions at every stage of every project.

“The bill is looking for contractors, subcontractors and the design world to agree a standard database protocol […] but ultimately, what we’re all after is compliance and quality at the end of it, so there is an industry benefit that comes from that,” Nicholson says.

McLaren is far from being the only contractor looking at data as a major part of its business. In an interview with CN last year, Mace chief executive Mark Reynolds joked that his firm is now “a sustainability and data company, we just happen to do great buildings”. Meanwhile, there have been many announcements about firms using artificial intelligence to analyse data on various projectss.

In 2019, Sir Robert McAlpine chief executive Paul Hamer formed the Construction Data Trust to collect and analyse project data from across the industry with the aim of identifying areas for improvement. The initiative started by collecting non-commercial information, including that for the environment, and health and safety, to help come up with cross-company solutions to common issues, although its work slowed at the onset of the pandemic.

Murray, who formerly worked at McAlpine, is an executive member of the UK BIM Alliance – a voluntary group from across the industry that aims to encourage and lead the industry on the use of BIM. However, she explains that while collaboration may be more of a focus for McLaren in future, its current plans are about increasing its own capacities than looking externally.

Key to McLaren’s strategy is the successful interpretation of data. For this, two things are vital: software and people. Nicholson and Murray are confident about the first, noting that the price of software to make use of the data “has come down hugely in the last few years”. The challenge around people is a larger one.

Over the first two years of the digital strategy, current McLaren staff will undergo a training programme to upskill them in line with its digital aims.

“The fact that it is relatively new makes it more appealing. You’ve essentially got a blank page to come in and help shape something”

“Where you might [already] have teams who have got to have modern slavery, or other compulsory training, we’re going to say we’re going to get everyone trained up to ISO 19650 [see box, below] and give them Building Safety Bill awareness training,” Nicholson says.

The company also hopes to bring in data experts from outside, too, to supplement the offering. This will be a challenge, given that not only are other contractors searching for such people due to the regulatory demands on the industry, but these professionals are currently among the most sought-after in the world. In 2021, a UK government report found that 46 per cent of businesses recruiting for data specialists in the prior two years had struggled to bring in the talent they needed.

Getting everyone up to standard for information management

Key to McLaren’s plans is company-wide compliance with the ISO 19650 standard that aims to improve the use of BIM. The standard, which has been released in phases since 2019, specifies stringent requirements for information management processes in both the delivery and operational phase of assets. A forthcoming fifth part will be dedicated to security and smart-asset management.

When it was first released in 2019, Jøns Sjøgren, chair of the ISO technical subcommittee that worked on it, said: “ISO 19650 was developed on the basis of the tried-and-tested British standard BS 1192 and publicly available specification PAS 1192-2, which have already been shown to help users save up to 22 per cent in construction costs.

“Taking this to an international level not only means more-effective collaboration on global projects, but allows designers and contractors working on all kinds of building works to have clearer and more efficient information management.”

Nicholson notes the recruitment for such experts differs from the construction industry’s traditional approach. “You can’t go into a school or college and say come into construction and be a data analyst,” he says. “We are trying to poach from other industries.”

But he adds that experts in other fields, such as insurance or banking, will be used to working with large amounts of existing data, as opposed to the relatively low base they would be starting with in construction.

For Murray, this is an opportunity, as well as a challenge. “The fact that it is relatively new makes it more appealing. You’ve essentially got a blank page to come in and help shape something,” she says.

The pair believe it could be two or three years before their strategy really bears fruit for the contractor, but they are confident it is vital to avoid being left behind.

McLaren’s digital strategy: which software providers does it currently use?