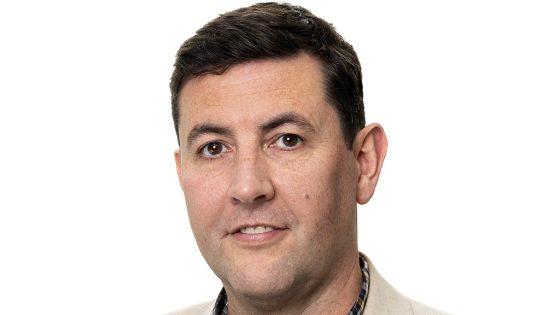 As a northern hemisphere nation that is closer to the North Pole than the equator, Britain was built to deal with (and moan about) the cold – not the heat. But, perhaps the summer of 2022, when temperatures soared above 40C and droughts were declared, will go down as a seminal year for long-term change.

I remember the summer of 1976. Back then, a lot of people said we needed to look across Europe and replicate what they were doing to cope with future heatwaves. But it didn’t overheat in 1977, so it fell off the agenda and we haven’t really thought about it since.

However, nine of the 10 hottest years ever recorded globally have occurred within the past decade. Records are tumbling, meaning we can’t treat 2022 as another one-off. Instead, we should reignite the case of modelling our response to centuries of built-up European knowledge and reshape our long-term UK building strategies accordingly.

Getting back to basics

The first fundamental is to keep out the heat. That’s why we should look to Europe as a treasure trove for picking up simple yet effective preventative measures, rather than relying on ineffective reactive measures.

It is the same approach to natural ventilation that other continents like Africa and ancient civilisations such as the Romans have deployed for countless generations – shading, orientation, airflow, solar gain and even white paint, to name just a few.

“It gets trickier for older buildings, where you may not be able to easily adopt intrusive new measures”

For new-builds, recent changes to Part L of the Building Regulations will hopefully force more people to mitigate overheating as a by-product of achieving higher performance targets for CO2 emissions and low-carbon heating systems.

It gets trickier for older buildings, where you may not be able to easily adopt intrusive new measures. For example, installing heat-recovery systems if the ductwork was excluded from the original design and build.

You see these everywhere in Spain. They act as curtains for the outside – and you want shading on the outside to prevent the heat getting in. They are relatively straightforward to install in a variety of environments, including office blocks, although multi-storey buildings may incur costs for scaffolding. However, this would be offset by sizeable energy savings.

Another effective form of external shading that is particularly beneficial for south-facing buildings: blocking the sun in the summer, but allowing the lower sun in the winter to seep in. Brise soleil (French for ‘sun blocker’) is very simple to install and doesn’t need to be an ugly slab of concrete. For instance, adding plants will provide additional shade and comfort.

Solar film and vertical fins are viable alternatives. They are cheaper and can be retrofitted easily, but you’ll lose the solar gain during the winter.

Again, if you travel across Spain, you’ll see these everywhere – cylinders or panels on rooftops. They are straightforward and you get some winter benefits too. The current payback is quite long, but this will decrease as the transition to net-zero gathers pace.

The Romans had lots of architectural tricks – and they knew active cooling was the best way to ventilate an overheated building. A prime example was earth tubes. They are buried underground and emit cool air. You could circulate this with a small fan to further save costs.

The Romans and other ancient civilisations also knew the advantages of having thick, solid walls, like castles and churches. Have you noticed how small their windows are too?

Additional long-term measures that could also be included in building design strategies include orientation, window sizes, heat transmittance and massing. The wider urban area should also be a key factor.

Such measures include white roofs to reflect rather than absorb heat; tree planting to lower temperatures in local environments; and colonnades or shading over pavements, which also keeps out rainfall and can be covered with solar panels to power local services.

It is clear that we need more focus on preventative measures to cope with future heatwaves – as well as the right financial incentives and binding legislation to encourage and enforce them.

However, while cooling should be a last resort, given energy costs and net-zero ambitions, I think we’re going to need it, given our inherited infrastructure and culture.

In the meantime, let’s take advantage of what our continental cousins are doing ahead of summer 2023 and beyond. Doing so will reduce the need for mechanical ventilation, and keep energy and carbon consequences to a minimum.