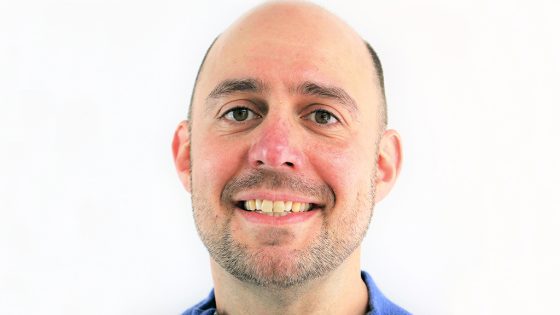 Is the wider construction industry overlooking the potential of hydrogen to reduce the sector’s contribution to climate change?

Hydrogen technology offers high efficiency and versatility, as well as longer range and usage for equipment – key benefits for construction. And, unlike batteries, hydrogen fuel cells do not need to be regularly recharged. Independent of weather, hydrogen power can also provide a more stable and consistent supply of green energy, and can be delivered to sites much like traditional fuel. Less servicing is required, resulting in fewer resources being allocated to the task; these resources can instead be applied elsewhere.

Hydrogen energy is already being leveraged by projects including HS2 and the Viking Link Interconnector. It is also being invested in by industry giants such as JCB, which uses hydrogen for onsite generators, vehicles such as forklifts, and site facilities.

This is all well and good, but with small and medium-sized enterprises making up 99 per cent of businesses in the UK construction industry, the lack of necessary infrastructure remains a significant barrier to hydrogen usage at scale across the industry.

The supply chain that’s needed to support a hydrogen economy is certainly complex – compiled of utilities that can support hydrogen production, transport, distribution (both above and below ground), and storage, as well as the manufacture of fuel cells.

A government report in June identified a number of gaps in the UK supply chain. These include a shortage of suppliers that are able to support large-capacity compression of hydrogen (for storage in tanks above ground), and line-pipe manufacturers that are fully qualified to produce the pipes needed for hydrogen service. Distribution of hydrogen to site by pipelines would also need to address additional health and safety implications, especially since hydrogen has a wide flammability range and low ignition point.

Furthermore, storing hydrogen on construction sites requires adequate space for large, awkward tanks. Blending trials – with traditional natural gas – are underway in Keele and the North East, but moving towards 100 per cent hydrogen will require much more detailed network reviews and upgrades.

Fuel-cell technology has come a long way and continues to develop, as we collectively acknowledge that more innovative solutions are needed to achieve net-zero. To date, fuel cells have been built as monolithic ‘off the shelf’ blocks, with limited flexibility for the applications they aim to decarbonise. However, there is now a much broader range of fuel cells available that can be more easily tailored according to application, opening up the market to this practical alternative. The main hurdles now will be scale and ramping up manufacturing in the UK so that more firms can access it.

These challenges together result in hydrogen production and implementation being more costly, leaving SMEs all but priced out of leveraging hydrogen technology in their effort to decarbonise sites. Scalability is the key to unlocking affordable hydrogen power that can be adopted by construction companies and suppliers of all sizes.

There is little specific UK legislation that refers to hydrogen, and no specific regulatory body either. But a thriving hydrogen economy – as demand grows and the need for fossil-fuel alternatives intensifies – is likely to require specific and expert-led frameworks.

Incentivisation, too, has a key role to play in supporting businesses to adopt hydrogen power. The rebate on tax paid on red diesel – a major source of fuel for construction – was dropped for many sectors earlier this year, and in its place we should hope to see the introduction of financial support and tax rebates for those businesses opting to introduce hydrogen power.

Infrastructure to support the use of hydrogen at scale will also require collaboration across industries and between providers, businesses, authorities and government. A good example is the vision for South West England and South Wales to become the first ‘hydrogen ecosystem’ in the UK – led by the Western Gateway partnership and the GW4 Alliance of Bath, Bristol, Cardiff and Exeter universities.

Transporting and deploying hydrogen is one thing, but if net-zero targets are to be reached, then an ecosystem of inclusive infrastructure is needed now to support construction businesses to begin working with hydrogen cost-effectively – and to bring this greener power into the mainstream.