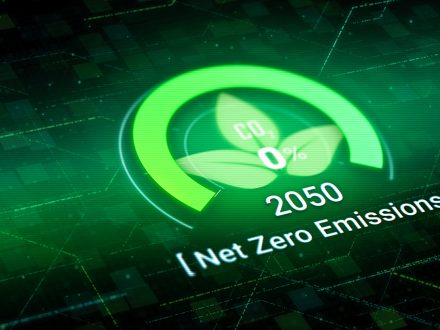 Parliament’s Environmental Audit Committee said that central government is “dragging its feet” over providing support. It came as no surprise then that the subject was quickly raised at this year’s Decarbonising Construction event, where industry experts gathered virtually.

Speaking during a session on designing to net-zero standards for operational and embedded carbon, Sturgis stressed that clarity around whole-life carbon assessments was required by contractors, as well as advice on conducting them.

The carbon expert went further, saying the assessments, which measure the combined total of embodied and operational emissions over the whole lifecycle of a building, should be mandated by the government. Sturgis suggested it was one of the ways to ensure the sector was keeping on track.

“There are places like Manchester, and one or two others such as Dundee, which have their own whole-life carbon policies. But to get [this work] to spread nationally, you need central government to bring it into a national policy framework. Let’s hope it happens sooner rather than later, because I think people are desperate for guidance,” he said.

With 10 years’ experience of working on low-carbon project designs, Sturgis insisted that extra support from the government “didn’t need to be anything special” or break the bank. But it had to be “tangible” for those working in construction.

“It’s fair to say that if you look in different places, you’ll find different versions of what net-zero really is […] The idea is to have a collection of definitions for embodied carbon and whole-life carbon. It’s important to define what these terms mean,” he said.

At the beginning of June, the Bank of England warned that inflation could rise to 11 per cent by the end of the year.

Bam Construct head of procurement Dan Billinge warned in a separate session that rising prices could be a potential banana skin for ambitions to decarbonise the industry.

“The spanner in the works for [contractors] is the inflation of prices. [It] is impacting the commercial side of the business”

He stressed that inflation of key materials and fuel presented a major threat to the work being carried out by contractors.

Billinge assured delegates that research into more energy-efficient products at Bam was “already well under way”, but the tricky economic environment threatened to throw progress off course.

“The spanner in the works for [contractors] is the inflation of prices. [It] is impacting the commercial side of the business […] there are a lot of challenges out there,” Billinge warned.

Despite this, he said concept designs had already been “rubber-stamped” by the firm, adding that it was working with partners to increase collaboration on decarbonisation.

“We’re looking at the way they operate. We’re understanding what we can do to support them, if that is needed, and try[ing] to align our businesses,” Billinge said. “That allows us to start to work through the designs and we can start looking at more efficient products – whether that’s from a concrete or a steel perspective.”

On a more positive note, Sam Stacey, a director at public body UK Research and Innovation, said solutions to decarbonising the industry were within financial reach.

Stacey, who was delivering the keynote speech on the second day of the event, said that even he was “surprised” at the affordability of fixes to environmental issues generated by the organisation’s Transforming Construction (TC) programme.

The programme aims to accelerate the shift towards manufacturing and digital, and has already seen £170m pumped into green solutions, according to Stacey. He revealed that this had been matched by £250m from the industry.

“What we discovered with TC is that a greater proportion of the solutions make economic sense in terms of attractive payback periods, and something that none of us could have predicted was what happened in Ukraine, which has spiked the energy prices,” he said.

Another issue facing the built sector over the coming year are outdated standards.

During a session titled ‘The journey to net zero for construction materials’, panellists discussed contractors’ experiences of being unable to pick materials that were less carbon intensive due to rules that needed updating – agreeing that changes were needed. For all the focus on progress with decarbonisation in the sector, experts were unable to totally ignore the current skills crisis facing the industry, with a strong workforce crucial to carrying out remediation works in years to come.

In June, the Construction Industry Training Board predicted that the sector would need more than a quarter of a million workers by 2026 to meet growing demand. It said a total of 2.78m construction workers will be needed in four years’ time.

Structural Timber Association chief executive Andrew Carpenter told delegates that problems with stocks of materials were now not as great as the long-term issues surrounding the workforce, which needed to be addressed, alongside the carbon challenge.

Carpenter said: “The view from [our] board was that scarcity in human resources is going to be a bigger problem than actual materials.”

Although construction is making progress on net-zero goals, the feeling among built leaders is that the industry is in need of further support to ensure it is carrying out the work it should, at the rate it should be, with a cautious eye on economic problems that may create roadblocks to progress.