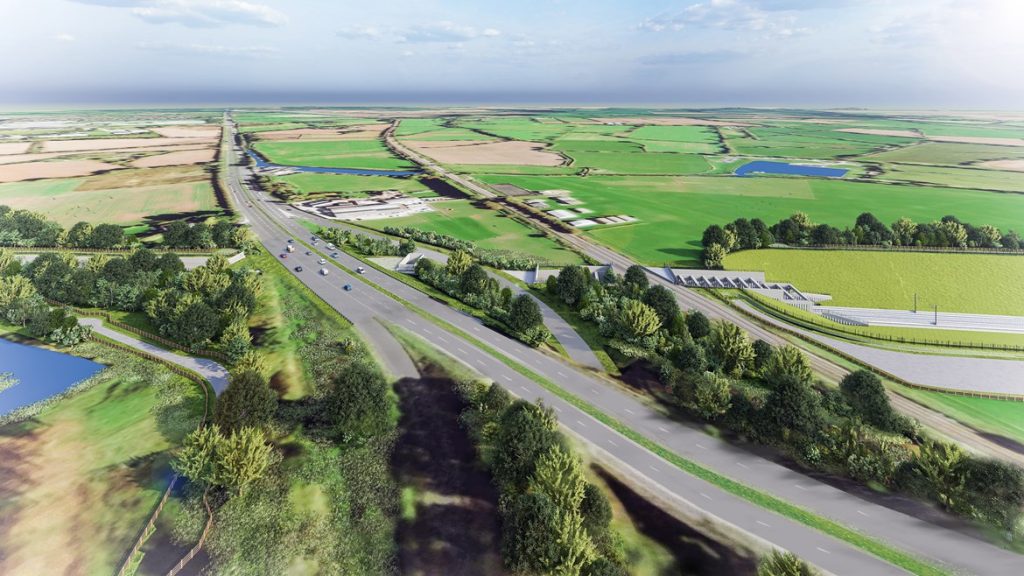 Despite aggregate deliveries being disrupted by the national rail strikes, the £100bn High Speed 2 project has continued apace over the last week. The West Midlands in particular has seen a number of developments.

Balfour Beatty Vinci is readying its massive Kingsbury compound north-east of Birmingham for a complex viaduct-building job. Work is currently under way to assemble a 54m-long gantry crane, which will be used to lift heavy concrete segments.

The joint venture, which is building 90km of infrastructure for the rapid rail link between Long Itchington (Warwickshire) and Handsacre (Staffordshire), will start production on the site in August, with 2,742 concrete segments making up nine viaducts.

These will form a key part of Delta Junction, a section of line that allows HS2 to split and direct trains to London, Birmingham and Crewe.

Segments will be produced from materials mixed at a batching plant located on the 550,000-square-metre Kingsbury site. Up to 1,000 people will be working on the compound soon, with as many as eight segments to be produced each day at its peak.

The first images of the compound emerged this week and BBV head of delivery programme management Jo Chell said it was “incredible to see the progress we’re making”.

“We have embedded the principles of modern methods of construction by creating factory conditions for manufacture and modularisation, providing us with a rich legacy of skills and learning for the future,” she added. 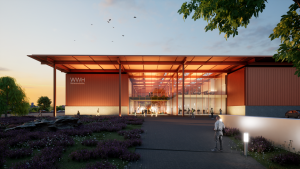 Meanwhile, the first design images have been revealed of Washwood Heath Depot, which will function as a maintenance facility and the main control centre for the whole HS2 network.

The scheme, located north-east of Birmingham city centre, has been designed to celebrate engineering and provide sustainable work spaces, in addition to outdoor amenity areas for staff.

Each building has a specifically designed landscape theme, outdoor social spaces for staff, and areas that restore biodiversity and wider habitat connections.

Accessibility for pedestrians and cyclists has been incorporated into the design, along with electric-vehicle charging points, cycle and motorcycle parking for staff and visitors, and parking for individuals with limited mobility.

HS2 Engineering Delivery Partnership project manager Russ Dale said: “These images are part of an ongoing design process, which will be refined and developed over the coming months by our expert team. Before we submit the designs to the local council for approval later this year, we are sharing them with the community and asking people for feedback around areas of our design.” 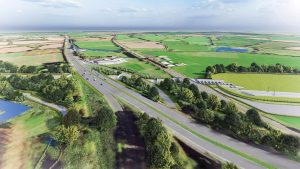 HS2 designers have cut more than 400,000 tonnes of carbon from a section of the project near Lichfield (Staffordshire) by reducing the length of wall structures for the railway at the village of Streethay, from 1.6km to just 420 metres.

This will save about 70,000 cubic metres of concrete, equivalent to 6,700 mixer lorry loads, according to project chiefs.

The railway will pass through Streethay in a cutting, which will now largely be formed from sloping earth banks. HS2 says this will improve the appearance of the line, and increase the opportunity for wildlife habitats and landscape planting to provide protection against noise.

HS2 senior project manager Simon Hinsley said: “We listened to the community back in 2017, and changed the design from viaduct to cutting, and we’re pleased that these further updates bring more benefits, both for the local community and the environment – better visuals, less carbon from concrete, shorter construction periods and more environmental features.”