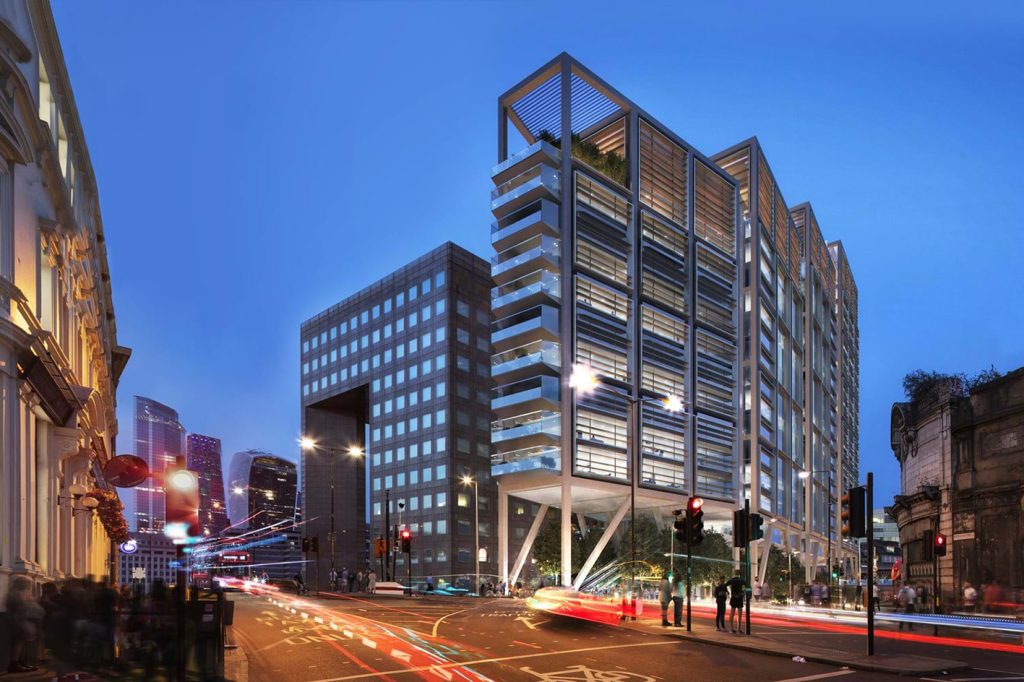 Developer CIT has been given the go-ahead to knock down a 70s tower block near London Bridge and replace it with a 22-storey commercial development.

CIT, which acquired a long lease on the 0.69 acre site from the City of London in 2019, said the development would be net-zero and make Southwark a destination for green business and culture.

The new building, elevated with tree-like stilts from the street, will host a new theatre, retail units, a restaurant and gym on its ground floor. The upper level is expected to be occupied mainly by offices.

Designed by Foster + Partners, it will provide 48,180 square metres of space and rise to a maximum height of 104.2m. The project cost has been estimated at £250m by construction intelligence provider Glenigan.

A new footbridge to London Bridge station will also be incorporated into the development, replacing an existing concrete bridge.

Members of the council’s planning department were told the development would bring a substantial increase in employment and training opportunities, with the potential to provide up to 3,050 jobs, as well as much needed green space at the base of the building.

There were objections to the scheme from the Shard, which said the new building would have a “harmful impact on strategic and local views” and fail to respond positively to the local character and townscape of London Bridge.

But planning officers said although there would be some harm to the views of nearby landmarks such as St Paul’s Cathedral, Southwark Cathedral and the Tower of London, this would be outweighed by the employment benefits, new theatre, additional affordable workspace and greatly enhanced public realm.

The façade of the building has been designed to reduce energy consumption, incorporating opening windows, ground source energy piles and on-site green energy generation. It will also include an automated underground cycle storage system with more than 200 spaces.

The scheme is targeting carbon dioxide savings of 55 per cent relative to standard UK building stock, in addition to an Outstanding BREEAM rating.

Luke Fox, head of studio at Foster + Partners, said the project was an example of how design could be used to promote sustainable development.

“As architects we have a responsibility to leverage the power of design to positively influence public life and steer urban development towards a more sustainable, diverse and equitable future,” he said.

“Colechurch House is an exemplar project in this regard, and we look forward to working with CIT to make this pioneering project a reality.”