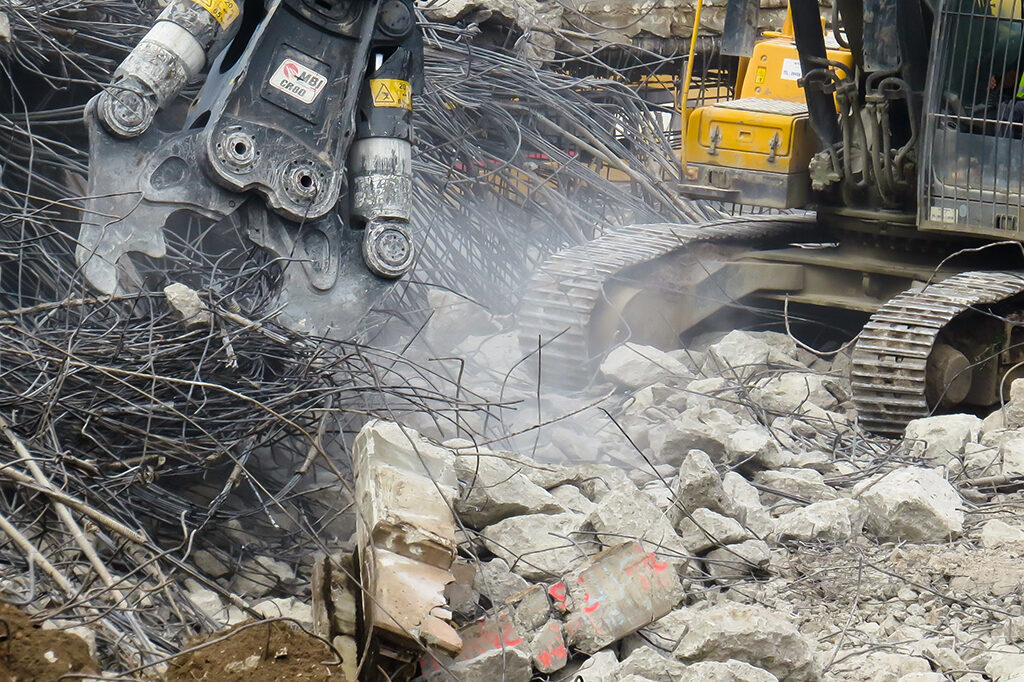 UK net-zero ambitions will fall short unless the built environment is given stronger support to reduce its carbon emissions, MPs have warned.

A report published by the Environmental Audit Committee (EAC) concludes that the sector had received “little government guidance” towards achieving UK environmental targets, arguing that the industry’s “embodied carbon emissions” had been largely “ignored”.

MPs behind the report said that limited government policy on the “assessment or control of embodied carbon emissions” had resulted in “no progress” towards reducing the built sector’s emissions, as they warned the UK was “slipping behind” the rest of Europe.

The Building to Net Zero: costing carbon in construction paper also raises concerns that too many buildings are being demolished without “understanding the whole-life carbon impact”, and that the government should ask the industry to prioritise reusing and retrofitting buildings.

MPs advised that the government mandate “whole-life carbon assessments” for buildings under construction by “no later than 2023”, and insisted that it should incentivise low-carbon building materials, such as timber.

The committee, which examines how government policies and programmes will affect the environment and sustainable development, accused the government of “dragging its feet” over providing guidance to the industry.

It said: “The embodied carbon cost of construction is not required by current policy to be assessed or controlled, other than on a voluntary basis. As a result, no progress has been made in reducing these emissions within the built environment.

“The construction industry is willing and able to undertake whole-life carbon assessments to measure the operational and embodied carbon cost of construction.

“The standards, methodology and reporting framework exists, although it needs standardising, and the cost of undertaking assessments can be minimal. If the UK continues to drag its feet on embodied carbon, it will not meet net zero or its carbon budgets.”

The UK built environment is responsible for approximately 25 per cent of total UK greenhouse gas emissions, making it a key area of focus for the government. The country has a legally binding target to reach net zero by 2050, while the government committed to achieving a 68 per cent reduction in carbon emissions by 2030 at COP26.

MPs stressed that rules making it easier to knock down old buildings and replace them with new ones had created a “perverse incentive for demolition […] over retrofit”.

They advised: “Where practicable, [retrofitting] should be prioritised over new-build to conserve resources, minimise embodied carbon emissions, reduce demolition waste and deliver cost-effective solutions to delivering on housing demand.”

EAC chairman Philip Dunne urged the government to implement a retrofit strategy, saying: “From homes to offices, retail units to hospitality venues, our buildings have a significant amount of locked-in carbon, which is wasted each time they get knocked down to be rebuilt – a process which produces yet more emissions.

“Ministers must address this urgently. Promising steps are being taken; for instance, the levelling up, housing and communities secretary of state recently paused the demolition and retrofit of Marks & Spencer on Oxford Street on environmental grounds.

“But much more needs to be done and baseline standards for action need to be established. Mandatory whole-life carbon assessments and targets to crack down on  embodied carbon provide part of the answer. Constructors and developers can then determine which low-carbon materials, such as timber and recycled steel, they can use.”

Learn more about the built industry’s efforts to reduce its environmental impact at the Construction News Decarbonising Construction event on 14-15 June. Follow this link for more information.