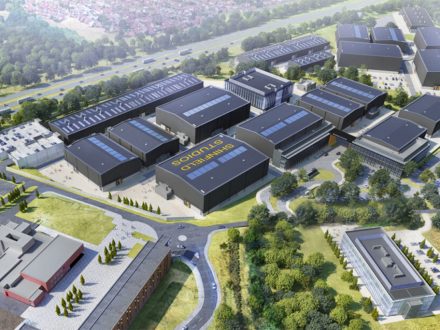 Developers of an 85,000-square-metre film studio in Berkshire have secured £261m towards its main construction phase.

This involves the studio in a 199-year lease from the University of Reading, which is the freehold owner of its Thames Valley Science Park site.

Shinfield Studios has planning consent for 18 purpose-built sound stages, as well as workshops and offices. It will also have facilities for cast and crew.

Four temporary stages, built by Curo Construction, opened in November 2021, and are already let to TV, streaming and film companies. Curo has also landed the enabling and main phase 2b packages on the job.

Shinfield Studios gained planning consent in December 2021 from Wokingham Borough Council, after the Department for Levelling Up, Housing and Communities raised no objections.

The project is due for completion by the end of 2023.