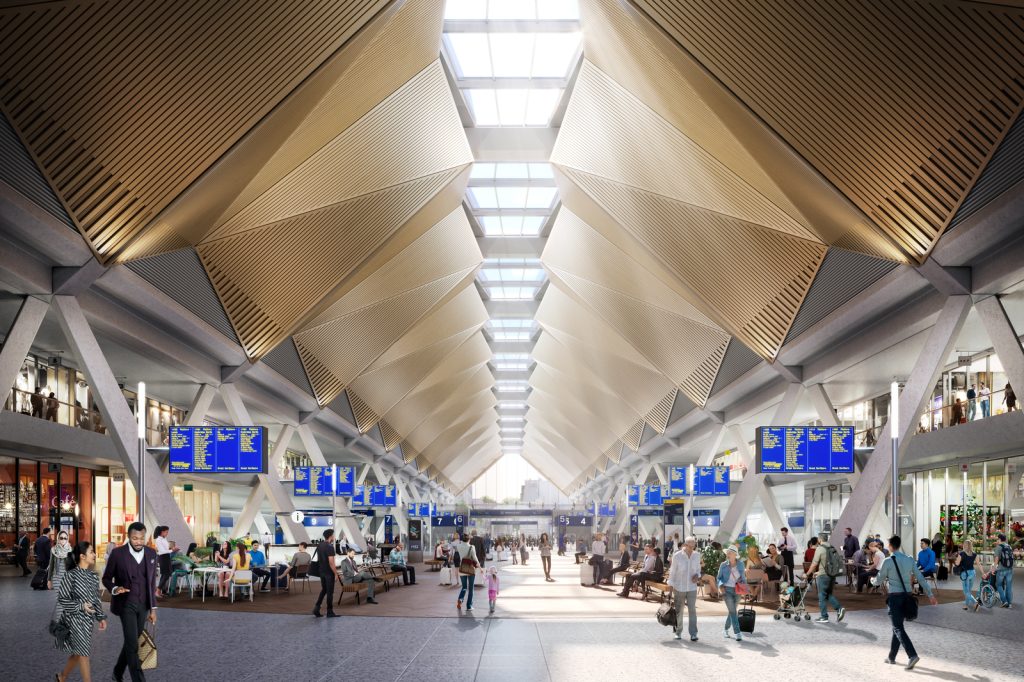 Reducing the size of HS2’s Euston hub means it is “no longer possible” to remove spoil from the station by rail, the Department for Transport (DfT) has said.

Last month, HS2 sparked anger from MPs and residents when it diverted from a promise to remove debris from the Euston site by rail, instead developing plans to remove spoil and other materials by road.

Camden Council estimated that the alteration would result in an additional 25,863 lorry journeys to and from the site. It also came after HS2 promised to maximise how much material it would move through the borough by rail, rather than road.

In a written statement published yesterday, DfT parliamentary under-secretary of state Baroness Vere said the change of direction was prompted by the move to a 10-platform station at Euston, rather than an 11-platform one.

“Following the move to the more affordable 10-platform station design, the original plans for the removal of a proportion of construction spoil by rail are no longer possible,” she said.

Railway engineer and writer Gareth Dennis told Construction News the downsizing at Euston was “always going to have ramifications” that the Treasury would not have considered. Although many of the effects would only be felt later, this would have an “immediate impact” on HS2’s carbon footprint and nearby residents.

“A railway spur and connection on to the West Coast Main Line had already been built at significant but justifiable expense to allow spoil from the construction of the Euston expansion to be removed by rail, but the single-phase station build means this spur is in the way and cannot be used,” he said.

The spur will now need to be ripped out of the ground to make way.

Dennis added: “It’s another example of a few pennies being saved with little or no thought to the longer-term consequences.”