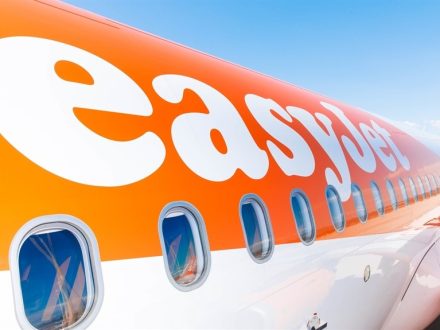 Costain has teamed up with EasyJet, Airbus and other big names to drive the development of hydrogen infrastructure and technology.

The construction giant is one of nine organisations forming a partnership with the aim of accelerating the UK’s transition to alternative fuel.

These include a study to explore the reconfiguration of consortium member Bristol Port to establish a hydrogen-production facility and network of pipes, as well as measures to accept the natural gas by sea.

Meanwhile, EasyJet will research and develop ways of using hydrogen to power ground-support equipment at Bristol Airport, which is also part of the partnership. Both the budget airline and aircraft manufacturer Airbus intend to use hydrogen planes in the future.

The partners said their collaboration created links between supply and demand centres in the region, as well as enabling cross-sector partnerships to drive the development of hydrogen infrastructure and technology.

Hydrogen South West chair Simon Earles said: “The South West has a rich engineering and energy history, and is home to a powerful cluster of leading aerospace, transport and logistics businesses.

“This combination of industrial experience, delivery expertise and regional knowledge presents a formidable opportunity to accelerate the UK’s transition to alternative power at scale.”

Costain director of integrated transport Andy Clarke said: “The South West is perfectly positioned to link greener energy, heat and power with key transportation modes, including shipping lanes and flight paths, building on its rich history of developing innovative transport connections. These connections make it the obvious choice for creating an ecosystem for the rollout of hydrogen to the UK.”

Meanwhile, Kier has partnered AFC Energy for an eight-week trial of a clean hydrogen power-generation unit on a site in the region.

Kier sustainability director Chris Lilley said: “This upcoming trial further demonstrates our commitment to sustainability, and finding innovative solutions that will reduce our carbon footprint, and help our clients and customers deliver against their targets.

“Following on from the trial in the South West, we will assess other sites that we can use the Power Tower on.”

Elsewhere in the region, Gloucester-based Newland Homes recently switched all its site machinery to run on hydro-treated vegetable oil (HVO), rather than diesel, as part of a drive to slash the housebuilder’s carbon footprint in half by 2024.

Newland Homes associate construction director Ian Hughes said: “Moving all our site vehicles to HVO is another tangible marker that our company’s transition to a low-carbon world is well under way.”

Repurposing can give a sustainable boost to city centres

Nuclear fusion: building the abundant clean power of the…