COP27: Government must step up to support construction’s efforts 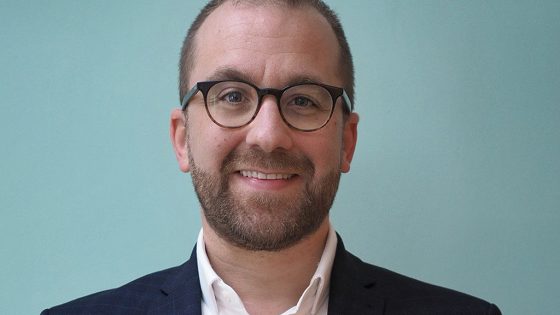 Simon Richards is the sustainability director at Sir Robert McAlpine

As the most recent host of the Climate Change Conference, it seems fair to assume that the UK was set to enjoy a high profile at the next meeting of the event (6-18 November), better known as COP27. Expectations are high, but, as it stands, with market turmoil and another recent change in political leadership, it seems unlikely that we will see the UK government pushing forward with a renewed green agenda.

However, the climate issue that we face remains enormous, and it is clear that we cannot kick the can down the road and shirk responsibility for decarbonising the UK and the built environment. Yet, this year, we have taken one step forward and two steps back.

We cannot let the desire for economic growth translate into policies that will ultimately, in the fullness of time, harm our long-term prosperity. For example, issuing new fossil-fuel licences does not align with the delivery of net-zero carbon (NZC).

Regardless, achieving NZC by 2050 remains a legal requirement for the UK, and while our industry has been making progress to meet this target, we would certainly benefit from a more substantial public sector push to get there. Construction has a major role to play in continuing decarbonisation efforts and COP27 would be a prime moment for the government to throw its full weight behind the industry’s green drive.

Facing a difficult geopolitical and economic climate and without robust incentives from the government to implement climate-friendly measures, there is a risk that the construction industry will prioritise familiar measures to protect the bottom line in the immediate months ahead. To discourage action at the cost of NZC 2050, the government should be communicating the significance of carbon-friendly actions and implementing legislation to incentivise their sector-wide adoption.

Fortunately, government inaction has not held back the industry, and considerable thought and planning has already gone into what these actions look like and how construction could achieve NZC.

Parliament’s Environmental Audit Committee, for example, presented the government with a series of recommendations that would improve its carbon footprint, including carbon targets for buildings to align with the UK’s NZC goals; more efficient use of low-carbon building materials; and the need for the government to take this action by the end of 2022 at the latest (and introduced no later than December 2023).

The collective voice from the industry is growing. But, up until now, the government response has been rather muted. In the absence of formal instruction from the government, and driven by consumer demand and the desire to de-risk future assets, private business has been seeking its own solutions to lead the way in the NZC agenda and establish best practice.

A cross-industry working group of the Better Buildings Partnership, Building Research Establishment, Carbon Trust, Chartered Institution of Building Services Engineers, Institution of Structural Engineers, LETI, Royal Institute of British Architects, Royal Institution of Chartered Surveyors and UK Green Building Council has been championing an NZC building standard to develop NZC assets in line with our nation’s climate targets. Projects such as 100 Liverpool Street in London, surpassing the industry-leading embodied carbon target nearly a decade ahead of schedule, demonstrate that these are not impossible tasks.

However, it is important that we recognise that projects like these remain pockets of excellence and are not commonplace. What better moment, then, to push to make these types of project the norm than on the global stage of COP27?

It would be difficult to say wether the tone of government on these issues has changed between this time last year and now, except to say officials and the government cannot go backwards in their ambition and commitment to decarbonise the UK and our built environment.

As the industry responsible for a quarter of the UK’s greenhouse-gas emissions, construction should be facing more strident carbon reforms than most – and the majority of stakeholders are ready and willing. We know our future business and prosperity depends on it.

The stage is set and now the government must step up to provide guidance that allows us to work together, so that we can all begin to take our fair, equitable share of the risks and opportunities in decarbonising the built environment.

Success cannot be measured by one company’s ability to deliver, but by an entire industry working together to address the climate emergency with strong leadership and bold action to drive us in our obligation to achieve NZC within the next 30 years.