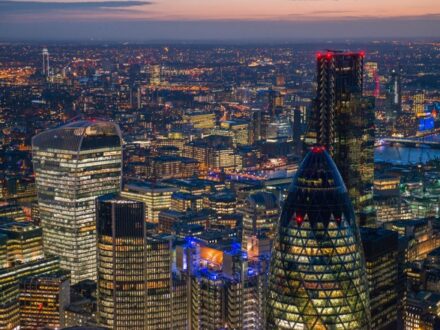 A panel of construction chiefs and sustainability specialists will hold its first meeting today, as it looks to tackle a “spiral of short-termism” and boost industry skills.

The City of London Corporation’s Skills for a Sustainable Skyline Taskforce aims to plug gaps in the building sector’s capacity to address the carbon challenge.

A radical Climate Action Strategy commits the corporation to achieving net-zero carbon emissions from its own operations by 2027, as it works to hit the same milestone across the Square Mile by 2040.

Hayward wrote in a column for newspaper City AM this morning: “Two of the biggest long-term challenges we face are climate change and the labour market.

“For too long, problems such as these have been viewed in isolation, rather than stepping back to see the bigger picture and how they are interlinked. This creates a spiral of short-termism, where we constantly tackle problems that have been exacerbated through a neglect of horizon scanning and adequate preparation.

“Today, the City of London Corporation is launching a major project that seeks to overcome the short-termism spiral and siloed thinking with an initiative to tackle both climate change and the labour shortage.”

The three-year initiative was launched in response to a poll of industry professionals in which 91 per cent of respondents said the commercial, built environment sector lacked sufficient skilled workers to achieve net-zero targets.

Last summer, the CITB found an extra 216,800 construction workers would be needed by 2025 to meet demand, while figures released by the Office for National Statistics in March showed the number of self-employed workers in construction hit its lowest level for 18 years in 2021.