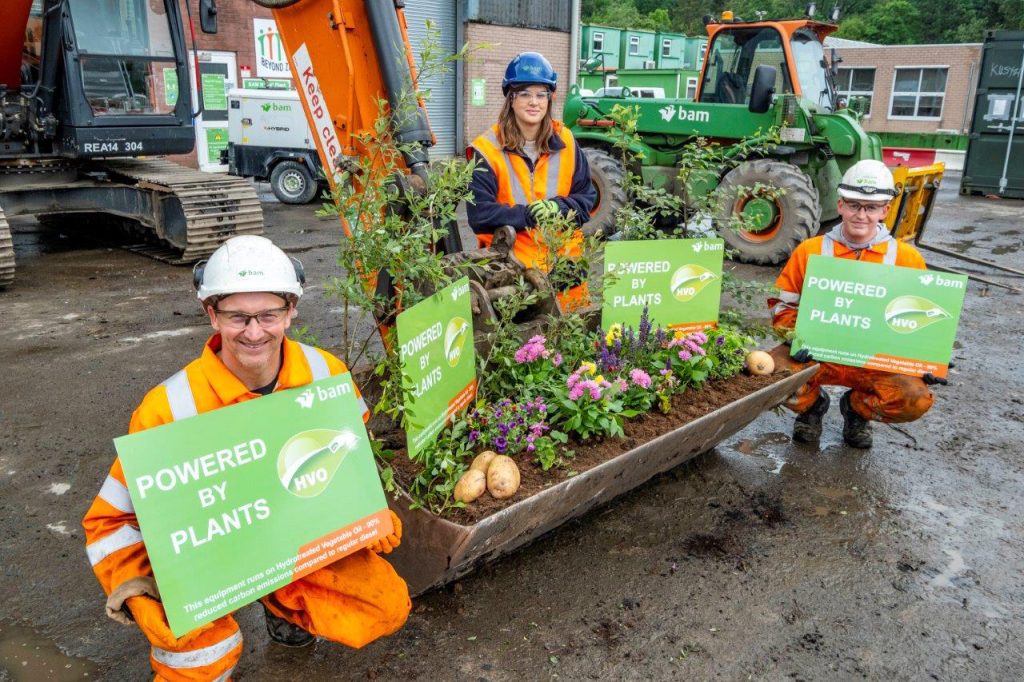 Bam’s UK and Ireland businesses have set a target to achieve net zero carbon emissions in their direct operations by 2026.

The company said this went beyond Royal Bam Group’s target to reduce its direct emissions by 80 per cent by 2026 from 2015 levels.

Bam said it would not rely heavily on carbon offsets, which it “believes can disguise more substantial progress in how a company is acting”.

The tier one also claimed it would become the only company in the industry so far not to count its purchase of renewable electricity towards zero emissions. It said it wanted to reduce its real emissions from grid electricity usage.

Under its plans, the contractor will try to meet net zero for ‘scope 3’ emissions, which are from sources such as water consumption, staff transport and accommodation, emissions from third party fuel and energy use and well-to-tank emissions.

This would be in addition to meeting net zero for ‘scope 1 and 2’ emissions, which concern the company’s own fuel and energy use.

The contractor has chosen to use location-based emissions – which it said involved  “true emissions of the energy used at the plug” – as part of its direct emissions inventory.

Any remaining emissions from 2026 onwards will be offset using methods such as reforestation or carbon capture.

Chief operating officer John Wilkinson said: “Net zero carbon is the objective we are all seeking because the construction sector still accounts for 39 per cent of all global emissions. We have a serious job on our hands to get that down and to do so fast.”

He added that Bam expected other firms to take similar steps as “the whole industry needs to challenge itself, work together, and assist its clients and supply chain to make faster progress too”.

Wilkinson dismissed offsetting as a “red herring [as] we cannot rely on planting trees elsewhere in the world to cover up our own emissions”.

Achieving net zero in construction would require “science-based, transparent information and a healthy dose of honesty”, he said.

Bam’s carbon reduction lead Sarah Jolliffe said the company had reduced its emissions by 20 per cent over the past year, mitigating the release of seven kilotonnes of carbon.