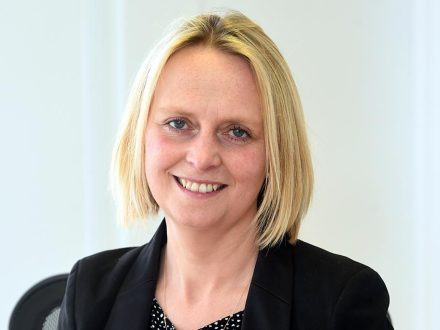 At the height of the COVID-19 pandemic, few would have believed that one of the biggest issues we’d face as an economy is an unemployment rate so low that we could not find the staff with the skills to fill good jobs. But that is exactly where we are.

Fears of record unemployment have been replaced by businesses up and down the country saying the same thing: a lack of people is holding them back. This is particularly acute in the construction industry, and for some of the civil engineering contractors I work with in the Midlands it is getting close to breaking point.

An ageing workforce in our sector is something that has long been warned about, and with many using the pandemic as a moment to take retirement it is starting to come home to roost. Despite many older workers taking retirement, the workforce in construction is still not getting any younger on average.

Our recently updated analysis shows that nearly a quarter of the workforce are technically within 10 years of retirement (aged over 55) and their number has increased consistently since the early 1990s.

“We are going to need 10,000 more workers per year over the next five years in the Midlands alone to fill the shortfall”

The concern is that the cohort in between (those aged 25-54) is now weighted towards the older end of the spectrum.

The implications of this is that we’d expect to lose greater numbers of workers as we move forwards and there is little evidence that they are being replaced by younger workers at anywhere near the same rate.

In a nutshell, research shows we are going to need 10,000 more workers per year over the next five years in the Midlands alone to fill the shortfall. The national figure is more than 50,000 a year.

Recognising the problem is the easy bit, but what can be done to solve it? I’ve spoken to CECA Midlands members recently, and while different methods of tackling the issue have been identified, it’s clear that this is not a short-term fix and it goes beyond just the recruitment process.

The recognition that construction jobs are often found through word of mouth means that not only do people need to know the opportunities exist, but the business needs to be spoken about in high regard by its current employees, suppliers and contacts. It must therefore be doing everything it can to ensure the culture of the business reflects and aligns with the views of the current staff members, so they will speak about the business in a good light.

It is a competitive market – not just between businesses but between industries – and it is up to all of us to make sure construction is seen as a career full of opportunities. Those of us in the sector are good at telling ourselves that, but do we do enough to tell others?

I’m also seeing firms looking at attracting more women into the industry, more school leavers and those who have left the armed forces. One business I’ve spoken to is working with the prison service too.

But it takes time, and getting people to the interview stage is still no guarantee of getting new starters through the door. One of our members made 40 job offers recently – only a quarter actually started!

At CECA Midlands, we are going to be working with companies to send STEM ambassadors into schools in the Midlands to talk specifically about construction – a pilot scheme that we intend to expand across the region.

Is there more the government can do? Always. Certainly, in the short term, we do need a solution to increasing the number of people in employment across the board to avoid industries winning and losing when it comes to recruitment.

But every sector is going to have to get better at the way it recruits, trains and retains its people. And, as an industry that innovates on a daily basis, why can’t we lead the way?