Unite demands 10% pay rise for half a million workers 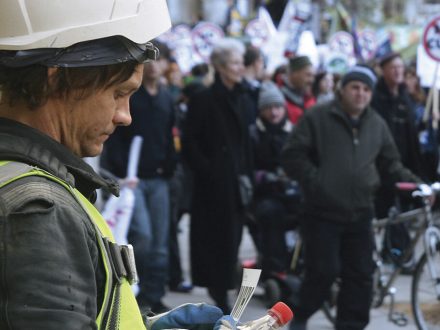 The Unite union is pushing for a 10 per cent increase to a national wage agreement.

It has submitted the claim to the Construction Industry Joint Council (CIJC), which sets the pay level for around 500,000 construction workers. It argued that the increase was necessary to meet higher living costs and attract more workers.

The agreement applies primarily to those working in civil engineering and trades including bricklaying and carpentry. It is the biggest pay agreement in the construction industry. Workers within these trades should also see an increase in sick pay and holiday entitlement to meet the levels in other construction pay agreements, the union has said.

Unite national officer for construction Jerry Swain said: “For this industry to succeed and attract new entrants then pay rates must reflect workers’ skills and living costs. Unless radical changes are made to the CIJC agreement, it will become increasingly irrelevant in the industry.

“The first step is to agree meaningful pay rates.”

Unite said it would negotiate with the CIJC in the spring and expects to have a result at the end of June, when new pay rates should come into effect.

This week, Turner & Townsend forecast tender price inflation will rise to five per cent a year by 2024, partly due to rising labour costs.

Vacancies within the sector reached a record high of 48,000 in the three months to October and worker availability is expected to be a persistent issue in 2022. A survey by the Electrical Contractors’ Association late last year revealed that labour shortages were the top concern for contractors.

Last month, London mayor Sadiq Khan called for temporary construction worker visas to be introduced to alleviate the worst of the labour crisis.