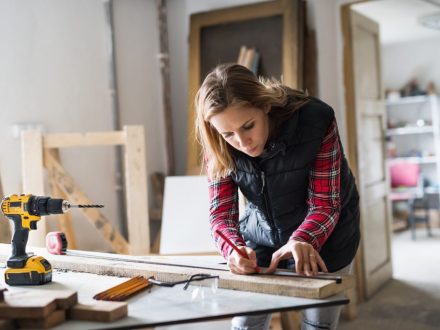 More than half of young people consider a career in construction attractive, research shows.

A total of 56% of young people aged 18-29 said starting a construction job was an “attractive” prospect, according to a poll by construction data platform NBS, while just under a quarter thought it was “very attractive”.

Being part of a sector “going through massive change” was the main reason 2,000 school leavers and young people found employment in the sector appealing. It follows a string of large scale projects launched in the UK in recent year, including Crossrail and HS2.

Wanting a “practical job” was another motive for people saying they would be tempted to start a career in construction, alongside a love of architecture. Entering construction was seen as a more appealing prospect than retail or joining the armed forces.

More than three-fifths of respondents considered construction a “diverse” sector, with exactly half of female respondents saying they saw it as an attractive career option. More than a fifth of women taking part said they were “very interested” in construction.

However, more than half of young people who thought construction was an unattractive career choice said this was down to impressions that it was a “dirty career”, with “a lot of manual labour”. Working with dangerous machinery and concerns about sexism were also flagged as potential factors that would put people off joining.

The construction industry continues to suffer from an enormous skills shortage, with the Office for National Statistics (ONS) reporting 42,000 vacancies between May and July, down from 48,000 vacancies in the three months to March. A report published by the Construction Skills Network (CSN) – run by the CITB – also warns that the industry will need more than a quarter of a million extra workers by 2026 to meet growing needs across the UK.

Responding to the survey results, NBS chief executive Russell Haworth said young people’s changing attitudes towards the construction industry could be taken as a positive for its search for more workers. He said: “Young people now realise [that construction is] not the dull, dangerous and dirty job, as mislabelled for years by educators and career advisors.

“It’s great to see such an uptick in interest following some very lean years recruitment-wise. The challenge for the sector now is to jump on this opportunity; we must not miss it as has previously been the case.”

NBS cited Bellway Homes technical trainee assistant Mirudhula Ponraj, who has recently begun a career in construction. She said: “There’s a misconception that construction is all about muddy boots and strong shoulders. Today’s industry is so much more.

“The fifth of women mentioned in the study looking to enter the industry might be surprised to learn that roles can be incredibly diverse. The next generation now have the opportunity to work with technical programmes and computer systems, utilising brains over brawn.”

The 26-year-old, who studied building information modelling (BIM) at university, added: “Strides are being made in terms of inclusion, but we know more work still needs to be done. With schemes such as Women into Construction, I’m optimistic we’ll see more change in the next 10 years.”

As part of the survey, a career in construction was defined as designing and constructing buildings, manufacturing construction products, along with delivering other services used to create infrastructure, such as homes, hospitals, roads and schools.

In recent years, numerous campaigns, including the Inspiring Women in Construction and Engineering campaign co-run by Construction News and its sister title New Civil Engineer, have looked at ways to ensure construction is a more inviting and diverse industry for all people.

The Inspiring Women campaign asks firms to sign up to a pledge which sees them commit to working towards closing the gender pay gap, promoting more women in a “fair way” and championing their achievements at work.

So far 50 firms have signed the pledge, including big names such as Aecom, Costain, Kier, Laing O’Rourke, Lendlease and Multiplex. The National Infrastructure Commission has also recently signed up.