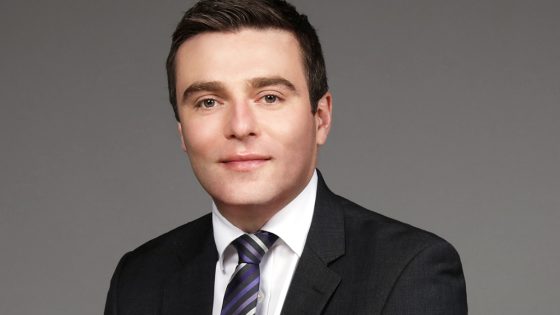 Despite what you might have heard, the UK has one of the more efficient immigration sponsorship regimes in the world.

Changes made last year to the post-Brexit immigration system have offered an olive branch of sorts to the industry, making many more construction jobs eligible for sponsorship. While becoming a sponsor may seem daunting, firms that fail to embrace this route risk losing out on the labour and talent they need.

The Construction Industry Training Board (CITB) and Royal Institution of Chartered Surveyors place labour shortages, particularly of bricklayers and labourers, as one of the primary concerns facing the sector.

Although many firms do prioritise recruiting from the local labour pool, and the government encourages this, it sometimes isn’t possible to fill the gaps. The CITB predicts a need for more than 250,000 construction workers by 2026, roughly 53,200 a year, meaning that labour shortages are only likely to grow. Immigration sponsorship is a possible solution.

There is a two-step approach to work sponsorship in the UK.

To sponsor individuals for work visas, a firm must have a sponsor licence, applied for ahead of time, which is valid for four years. Most UK companies trading on a day-to-day basis will qualify to apply for one. Upon receipt of the correct documentation, the Home Office usually processes applications within six to eight weeks. There is a priority service if required.

Once the licence is in place, the company can sponsor as many workers as it requires. Businesses should be aware that there are ongoing compliance requirements placed on sponsors, with many of these tending to be covered by existing HR systems.

To obtain a sponsor licence, construction firms must:

Once the licence is in place, employers can issue certificates of sponsorship to individuals, which will allow them to apply for the work visa – the most likely being the skilled worker visa.

Employers will need to ensure they are paying the employee the minimum salary level for their role, which is £25,600 in most cases, as well as ensuring the role meets the skills requirements, recently lowered to RQF Level 3 (A Level equivalent). Construction jobs that can now be sponsored include supervisors, roofers, bricklayers, steel erectors, painters and plasterers.

A global mobility route and senior specialist worker visa route also exists if you are temporarily transferring staff to the UK from an overseas office. This has a higher salary and skill requirement.

There are a range of fees that must be paid to obtain the visas, rising with the length of the visa, although there are smaller fees for smaller firms. Employees will also need to prove their English-speaking skills are sufficient. The lead time for a visa is about six to eight weeks, but this can be expedited in many cases.

Options outside of the sponsor framework

While the UK immigration system does rely heavily on the employer/employee sponsorship, there are some other options. Some people will be eligible for visas based on their nationality.

Those coming from Australia, New Zealand, Canada, Hong Kong, Iceland, India, Japan, South Korea and Taiwan can apply for a youth mobility visa, a two-year work visa, if they are aged under 31. And UK ancestry visas are available for Commonwealth citizens with a UK-born grandparent.

For EU nationals, it is worth assessing whether an individual has obtained status under the EU settlement scheme. Any European who was in the UK prior to 1 January 2021 would have been eligible to make an application and may have status under the scheme, which is essentially a free route-to-work permission.

In certain circumstances it is still possible to file an application, provided the person can document their presence before the January 2021 date. Other routes include the high potential individual route, for those who have recently graduated from a top university, and the global talent visa route.

While becoming a sponsor may seem daunting, by navigating the process of applying for a sponsorship licence and sponsoring workers, firms will be in a good position to be able to continue recruiting the essential labour and talent they need.

Prior to the changes made to the system in early 2021, introduced immediately after Brexit, the work visa route was essentially closed to most traditional construction roles and the lowering of the skill level has resulted in a chance to more easily fill labour gaps with workers from other countries.

A certificate of sponsorship is issued:

An application is filed for the visa:

The visa is issued; travel to UK and right to work check undertaken.