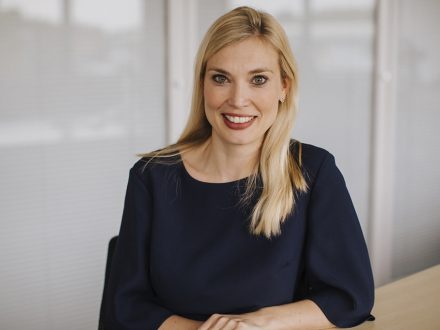 Kier has seen a sharp rise in job applications during the first quarter of 2022.

Since the turn of the year, applications to work at the contractor have risen by 20 per cent compared with the previous quarter.

Kier group HR director Helen Redfern (pictured) attributes the rise in applications to the contractor’s change of mindset when it comes to working policies.

In particular, Redfern puts the uptick in interested candidates down to a raft of family-friendly policies that have been implemented to diversify Kier’s workforce.

Earlier this year, the contractor announced major changes to its staff policies. It increased paid maternity leave to 26 weeks and scrapped the qualifying period needed for it to kick in.

Paid paternity leave was set at eight weeks and the industry’s first-ever pregnancy loss policy with paid leave was introduced.

A carers’ policy, giving five days of paid leave to those with caring needs, was also announced, and a guidance document for managers and employees on the menopause was drawn up.

Redfern said the latest changes have been part of a longer journey for the firm. Redfern, a mother of two children, joined the construction industry almost a decade ago, from retail.

“When I joined the sector, nine and a half years ago, I sort of even struggled to find the maternity policy,” she said. “So, at that point, I really saw this as a bit of a personal mission to drive change.”

Redfern added that when she joined the sector a decade ago, it was not recognised as an industry made up of people, and therefore human resources policies were a reflection of the same understanding.

“I see this as an absolute people sector, but have people always been at the centre of all of the decisions made? And I think that is probably not in the past, to be honest,” she said.

Last year, Kier held an employee diversity survey to take stock of things that needed to change within its structure. Select responses from the survey were fashioned into posters for others to see (pictured below). These included quotes such as “Banter is not an excuse”. Redfern noted that the posters had stirred important conversations in the workplace.

Another perception that Kier is tackling is the notion that a job in construction requires a certain background. The latest applications break the trend.

“We saw a 20 per cent uplift in applicants, but probably what was more exciting is the different backgrounds that people were applying from within that mix as well. People are applying from different sectors,” said Redfern.

She said: “The whole focus on family isn’t just about one point in time – it’s through your lifecycle and your journey as an employee. We need to support all the different phases.”

Redfern said that employees within Kier had been affirming the policies as well. She used the example of a social media post from a manager at Kier, who thanked the firm as he took his twins home from the hospital.

Kier is working its way towards recruiting 1,200 employees, as announced earlier this year. In the immediate future, the firm is recruiting for 100 spots on projects specifically in the West Midlands.

The massive post-pandemic recruitment drive comes after a cost-cutting campaign in 2020, when Kier shed more than 1,200 jobs during the pandemic. A Kier spokesperson said the job losses were a result of changes made to the business after a  £264m rights issue to pay off debts fell through.