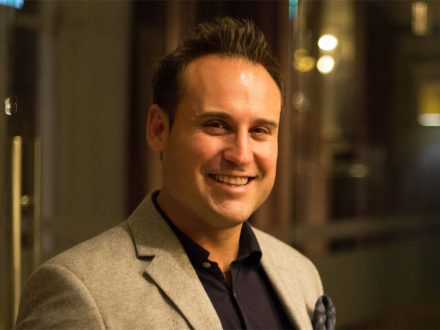 Leo Quinn, the boss of Balfour Beatty, recently told the FT that he believes Britain is in for a decade-long infrastructure boom. He has a point – the government forecasts £650bn worth of investment in infrastructure over the next decade.

And why not? Infrastructure creates jobs. It dovetails neatly with digitisation and bringing transport links and hubs to less wealthy areas beyond London (explaining why the government is ploughing a £4.8bn infrastructure budget into the “levelling up” agenda alone). It also fits with energy transition programmes and strategic considerations as we try to boost the UK’s energy self-sufficiency, attempting to raise domestic power production from its lowest level in more than 50 years.

And if the government gets the green light to construct eight new nuclear reactors as part of the new energy security strategy, the infrastructure boom will really get going. Prime minister Boris Johnson has said they will be small modular reactor (SMR) nuclear power stations but forget the design and the size for a moment – who is going to build them?

Since 1995, the UK has only started to build one new nuclear reactor – Hinkley Point C – so the workforce and supply chain for that have had to be built from scratch.  This is part of the reason that Hinkley Point C isn’t expected to start running until 2026, despite having been announced 12 years ago. No wonder UK nuclear energy output recently fell to its lowest level since 1982.

“If the prime minister is serious about a new energy security strategy, he’s going to need to take a number of specific steps that might make the plan feasible”

Even if the SMR concept takes off (with nuclear plants built to standardised plans and then assembled like a prefab classroom), the fact remains that the UK’s heavy infrastructure workforce is too busy constructing HS2 to tackle nuclear reactors. The domestic construction talent pool is not deep enough to make it a reality.

Employers can help by re-examining the pay they offer. The factor that is most important for attracting construction workers is money. They will need to pay top dollar to attract workers from rival projects.

But business can’t do this alone. If the prime minister is serious about a new energy security strategy, he’s going to need to take a number of specific steps that might make the plan feasible. Or at least less impossible.

First, he needs to clear up the confusion surrounding the definition of IR35. There are multiple interpretations currently and we need clarity – and ideally, a looser interpretation – to help attract mobile international white collar workers.

Second, Johnson is going to need to put an “atomic visa” system in place to scoop up construction workers from abroad. We need access for those that meet an agreed minimum skill threshold, which would be set by the government in consultation with the construction industry to help meet the UK’s construction skills shortage. Twice yearly reviews by an independent and appropriately resourced Migration Advisory Committee would identify where the UK has skills shortages and recommend the volume and duration of visas based on need.

At the other end of the skills spectrum, we would also like to see a route into the UK for “exceptional atomic talent”. This would not need to be set at a high volume, but the UK needs a route to expedite the movement of skilled nuclear technicians who can help bring the new energy strategy to life. City firms are sponsoring overseas recruits to come and work for them in the UK at the fastest rate since before Britain left the European Union – about 200 a week. These visas can’t be the preserve of well-heeled international bankers.

Lastly, the government needs to start really backing big infrastructure projects. A less flaky attitude to “les grands projets”, such as the Golborne Spur, Northern Powerhouse Rail, and HS2 2b to Leeds, might help persuade more people in the UK to get into construction.