Forced to rehire the fired: there’s desperation amid the skills crisis 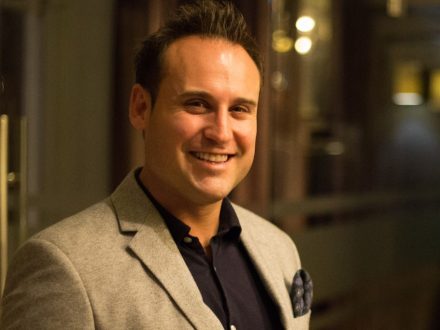 In a recent poll, we asked construction professionals who had moved jobs within the past 12 months about whether they would feel confident enough to move to a new job again now. Three-quarters said they would be confident or very confident about doing so.

One of the unwritten rules of accepting a new job is sticking at it for at least a year – even if you hate it. The thinking goes that even if the environment is tough, you need to show professional commitment and stickability before moving on. People used to worry what future employers would think – that a potential employee prepared to stay for at least a year would be a better investment than one more prone to moving on.

Well, I can tell you construction professionals aren’t worried about that issue in the slightest right now. If a job isn’t to their satisfaction, they know they can walk straight into another one.

It’s become so bad that nine in every 20 managers in the UK (45 per cent) would now rehire an employee they’d previously let go.

The curse of the comeback

The survey results reflect the pressure on employers suffering from pandemic-related labour shortages and brutal employee churn brought about by the ‘Great Resignation’. Employers are getting desperate, faced with such a dearth of talent.

Of course, the prospect of hiring someone you have previously fired – rather than someone who simply left the organisation – raises some obvious problems, given that things didn’t work out so well the first time around. There’s also the additional risk of annoying those good people who have stayed with you. There is a risk they may even be nudged towards leaving in protest.

“When it comes to job loyalty, the factor that is most important for keeping employees at their current job is money”

Comebacks are not unknown in business – the return of the late Steve Jobs to Apple is one celebrated example. But such a successful outcome is the exception, not the rule.

Among the sources of today’s problems are the so-called ‘missing quits’. Very few people in construction moved jobs during the first stage of the pandemic – despite the fact that 54 per cent of employers in the sector were hiring. A lot of people who might normally have quit at the time postponed their decision, which in turn led to the deluge of belated resignations we have since seen.

Another factor is burnout. Some teams have been running too hot for too long, and COVID has also changed how some people think about life, work, and what they want out of both. The combination has made people step back and reassess their options and priorities. The number of vacancies out there means that those who decide they want to change a key aspect of their life – their job – are able to do so.

Employers are also under pressure because of staff absences. While the self-isolation period for COVID cases has (finally) been cut to five days, this isn’t looking like the huge boost for construction businesses that we thought it might be. That’s mainly because those are ‘five full days’, so really employers are only looking at getting workers back one day sooner than before.

Despite all this, employers needn’t despair nor, indeed, compromise so far as to recruit people they have fired in the past. The talent is out there – it’s just harder to find.

Employers looking to combat a mass exodus, and avoid having to rehire someone they have fired, should start by re-examining their remuneration levels. It might be a new world of work but employees say that when it comes to job loyalty, the factor that is most important for keeping them at their current job is money. So make sure you are still paying as much as your peers.

Thankfully, most leavers are not packing in construction altogether. Our research found only 16 per cent of workers plan to leave the industry within the next three-to-six months.

Employers can help retain staff by making sure that they have meaningful work, feel valued by their manager, that they foster a sense of belonging and ensure people have a belief in advancement within the organisation. Research demonstrates that employees attribute a much higher value to these qualities than many employers realise.

So, despite how you might feel, there are alternatives to rummaging through the list of people you once fired.