FM Conway names new chair from within the family 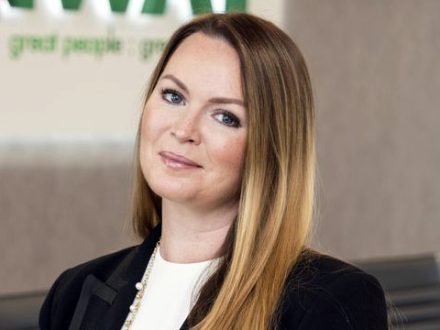 Joanne Conway has taken over the family firm, following the death of her father and former chairman, Michael Conway, who died from illness in March.

Her appointment makes the Kent-based firm a third-generation business. It was founded by her grandfather 60 years ago.

For the past 11 years, Joanne has been the board director. She has held other managerial positions at the firm, including managing director for the manufacturing of aggregates & asphalt.

She will continue to work alongside chief executive Adam Green, the former managing director of Carillion. Green was appointed in September 2020, when Michael Conway stepped away from his role as chief executive and became chairman.

Joanne, in announcing her new role, said it was “an honour” and “a privilege” to follow in her father’s footsteps.

She added: “I have had the pleasure of watching FM Conway grow and develop over the past 40 years, and during my 21 years of working within the business – in particular [over] the past 11 years as board director – I have had first-hand experience of our strength, agility and ability to deliver infrastructure improvements collaboratively with our clients.”

Joanne will be one of two women on the senior leadership team at FM Conway. The other is Rhiannon Morgan, who is commercial director of the aggregates & asphalt division.