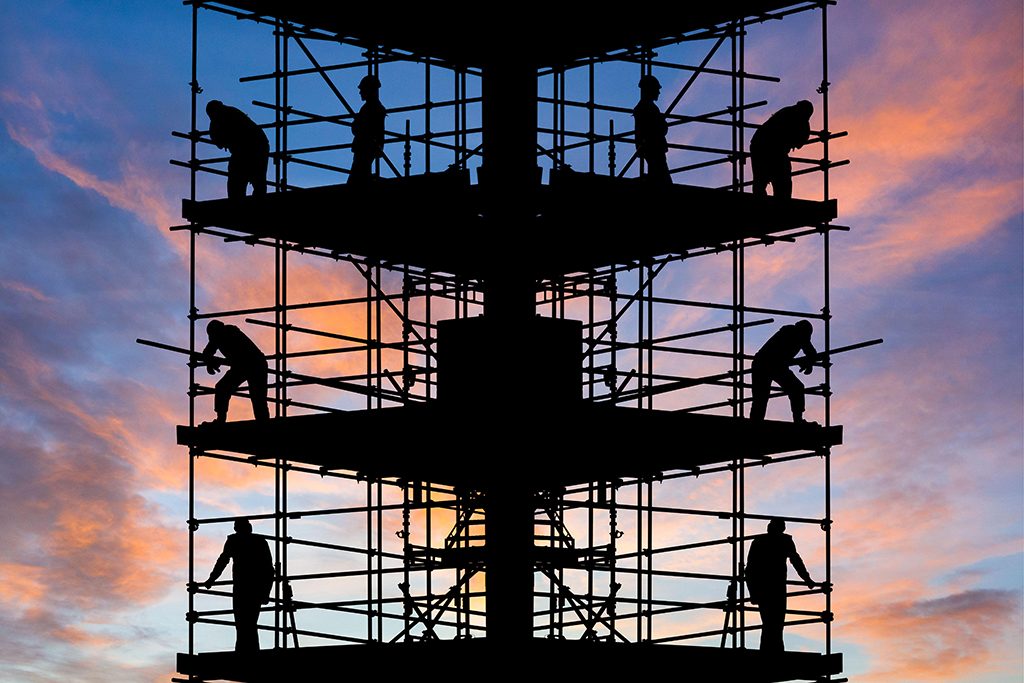 Wages on construction sites fell by 10 per cent in the month to January, according to payroll company Hudson Contract.

High demand before Christmas meant housebuilders had “their foot to the floor” at the end of last year, Hudson Contract managing director Ian Anfield said.

But housebuilders have since slowed their activity, easing demand for workers.

“It seems housebuilders are concerned about the impact of inflation and the ability of potential buyers to borrow the money to purchase the homes they are going to build,” he said. This has pushed wages back down in January.

The decline in wages has not spread to all areas. City Site Solutions recruitment consultant Jack Burrows said he had not seen wages decrease and he expected them to rise further as the year goes on.

“I strongly expect wages to rise again this summer, once again pushing the year-on-year percentage higher,” he said.

Civil Engineering Contractors Association (CECA) chief executive Alasdair Reisner also said the sector is still being affected by high labour costs and material shortages, which are expected to cause “significant pressure” for contractors this year.

“Contractors also face cost rises due to energy costs and the coming red diesel rebate removal,” he added. “We are working with our members and all industry stakeholders to ensure these pressures are alleviated, so that the UK’s civils contractors can deliver the infrastructure businesses and communities rely upon in all parts of the UK.”

Burrows warned that contractors face hiring people at costs significantly higher than they might have quoted for when tendering for work.

The sector has been struggling with labour shortages for over a year now, with specialist contractors warning in December they are more concerned about procuring labour than any other issue facing the sector going into 2022.

Vacancies in the construction sector remained high at the end of 2021, with 42,000 jobs empty in the three months to the end of December, according to the Office for National Statistics.