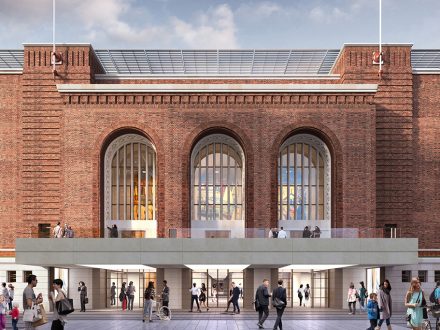 Ardmore Group has restructured its business to build on its soaring turnover.

Revenue leapt from £273m to £404.8m in the year to 30 September 2021. The residential-focused contractor has forecast further growth for its current year and has restructured the business to better manage it. The group is now comprised of four divisions covering major projects, regeneration, fit-out and enabling projects.

Ardmore also restructured its recruitment team to focus on growing its staff number, to meet the increased demand for its services. It said recruitment was a “key item on the agenda” for the coming year.

The company has been affected by material price increases and labour shortages. Ardmore said it had successfully dealt with the shortages so far, but added that they had caused delays to two of four major projects, with one still ongoing despite its original finish date being set for last year. The shortages also had an impact on the firm’s margin, which came in weaker than expected and lower than the year before.

Looking ahead, the company said it had secured more than 97 per cent of its work for the current year. But Ardmore warned the “fractious relationship” between the UK and the EU and political difficulties faced by the Conservative party “may yet have a say on how we end our financial year”.

Ardmore sources labour and materials from the EU, both of which have faced a shake-up over the past year.

Ardmore scooped a £30m restoration job at the Grade II-listed Hornsey town hall (pictured) site in Crouch End back in 2019. The contractor will turn the building into a community space that includes a new arts centre, hotel, rooftop bar and two housing blocks. The first of the housing blocks was topped out in June. The contractor also landed a £111m job to deliver residential fit-out for 139 homes at the former Whiteleys shopping centre in central London last June. The whole site is being developed for around £850m by a joint venture of Mark (formerly Meyer Bergman) and CC Land.