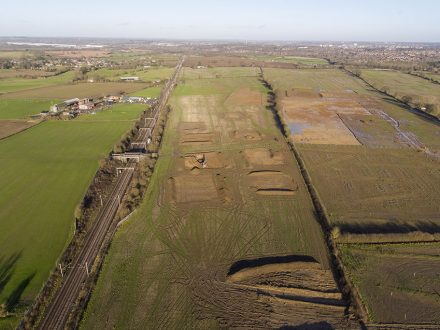 Winvic secured the most valuable deals of all UK contractors last month, topping the monthly league table, largely thanks to a £225m job to develop a logistics park in Northampton.

The contractor took its first gold medal podium place of the year, buoyed by the development job it was awarded by Segro last month, according to data gathered by construction intelligence provider Glenigan. It is one of a number of jobs secured by Winvic at the site in recent months, after it took a £107.5m job to do the civils for the 450-acre site in January 2021.

It was one of four jobs secured by the logistics specialist last month as it totted up a full contract value of £332.6m.

Also striding up the table was Balfour Beatty, propelled into second place by a £220m contract it nabbed to develop three student accommodation hubs for Urbanest in Tower Hamlets, London, according to Glenigan. Known as 2 Trafalgar Way, the scheme will provide nearly 1,700 student bedrooms to the local area.

Morgan Sindall secured the most contractors of any contractor in May (33), but only came in third in terms of value. The contract wins for Morgan Sindall included a £60m job to develop the Western Way scheme in West Suffolk. The job will include a new leisure centre, through the redevelopment of a 10,0000-square-metre hub built in the 1960s.

Vinci made it into sixth, mainly thanks to a £58m contract to develop the emergency department at Portsmouth’s Queen Alexandra Hospital, according to Glenigan. The site secured planning permission in April, which the architect, AD Architects, said would deliver “improved patient experience, improved patient safety and improved staff wellbeing”.

Regional contractor Neilcott won its first spot in the top 10 since Construction News started putting together the league tables in 2011. Neilcott, which predominantly works in the South East and London, was pushed into the limelight by a £50m job to develop science and sports blocks at Harrow School.

Morgan Sindall hung on to its spot at the top of the annual contracts league, clocking up 355 jobs to the tune of £2.74bn so far this year. The company has not been off the top of the league since April 2021, when it was pipped to the post by Royal Bam.

Winvic stepped up one place into fourth overall, while Vinci moved up to sixth from seventh.

Royal Bam, meanwhile, came in eighth after spending a month in ninth. Balfour Beatty mirrored its meteoric rise in the monthly tables by sweeping into tenth spot, after missing out on the top 10 the last time out.