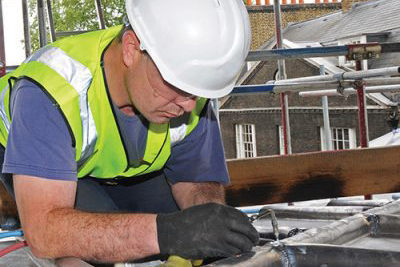 Kier and Willmott Dixon are among a host of big-time contractors that have nabbed spots on a £240m framework covering the north of England.

Tilbury Douglas, Henry Boot, Morgan Sindall and Galliford Try were also named on the YORbuild3 framework, which will last for four years. Specifically, the work will mainly focus on new housing and general building works, although some civil engineering works could be included, the contract notice says.

Willmott Dixon and Engie Regeneration were some of the firms awarded places on both lots. A full list of contractors is provided below.

Work in Yorkshire, Humber and Lincolnshire will be on offer, while jobs in the educational sector in the North East could also be included.

YORbuild is intended to be used by public-sector bodies such as the NHS, local government and education bodies, as well as third-sector outfits such as housing associations.

The first lot covers building jobs worth between £4m and £10m. The second lot will focus on new housing blocks of more than 25 units. Both frameworks can be extended by two years, which would allow contractors to “recoup their significant initial investment” in processes that include carbon and waste reduction, procurement and methods related to the construction playbook.

YORbuild3 was first opened to tender in July 2021. At the time, YORbuild said the frameworks aimed to have greater levels of collaboration between clients and contractors, which may take longer than four years to realise, particularly as some clients might not use the agreements in their early years.

The new framework will replace the YORbuild2 agreement. Launched in 2016, with a value of up to £2bn, 46 firms won places on it, including Bam Construct, Willmott Dixon and Kier. It expired in February.