Will the skills crisis see construction bite off more than it can chew? 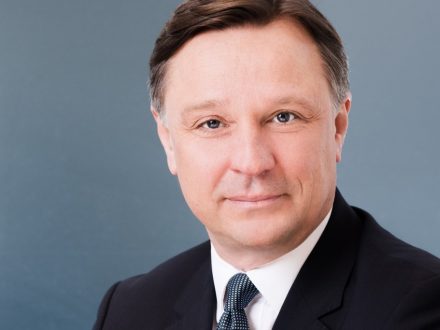 One of the most memorable scenes in the film Jaws reveals the size the fearsome beast, triggering the movie’s most famous line: “You’re gonna need a bigger boat.”

The same could be said of the construction industry as we face the rather more welcome prospect of a swell of incoming work, wondering how the heck we are going to get everything done with a shrinking labour pool, increasing costs, and a world still reeling from COVID and conflict.

I am optimistic by nature and the numbers coming from the key indices that track growth in our sector are bearing out my sunny disposition. UK construction activity in March equalled February for the fastest growth level since June 2021, according to the latest Purchasing Managers’ Index (PMI) figures; and, for the third consecutive month, commercial work was the best-performing segment, with projects restarting amid the rollback of pandemic restrictions.

This reflects my own experience of talking to clients across a host of sectors, from commercial to logistics and from transport to energy. While not wishing to underplay the impact of the war in Ukraine, they all want to get on and build for the future. COVID is now seen more and more as an irritant rather than a game changer, and currently we are all working around it.

However, it should be noted that our own forecasts are showing that recovery in civil engineering and residential work lost momentum in March. There is a worry that the cancellation of the eastern leg of HS2 may mean government wants to divert money to other areas, although we see opportunities in the energy market with increasing interest from Boris Johnson in nuclear power stations.

One thing the madness of Vladimir Putin has shown us all is that it is an error for any country to be reliant on single-source suppliers, especially if you are relying on their product to keep your lights on. To support my growing sense of bounceback and recovery, it is interesting to note that construction companies typically cited improving tender opportunities and resilient customer demand in the PMI survey, despite some reports that economic uncertainty and rising costs had limited new-business growth. One should also be cognisant of the fact that more than 25 contractors were declared insolvent last month alone.

“While material shortages are a hindrance, the biggest challenge we face as a sector is our reliance on skilled labour”

We are seeing a desire from private clients to build, and we are seeing the public sector moving funds from areas that seemed important at the last election towards new projects for tomorrow, but one challenge remains common to all: the cost and shortage of skilled labour. There has been something of a perfect storm here.

Prior to the pandemic we knew that hundreds of thousands of vacancies were going to arise through natural attrition, as older members of the workforce retired. Then Brexit prompted further departures of those who no longer wanted to work in the UK, or found themselves unable to join projects due to immigration curbs, or discovered that their home market had recovered sufficiently to give them opportunities not freely available previously. Shortages began in the South East of England, but are now apparent everywhere. Finally, the situation has been compounded by the fact that industry training programmes have not been efficient or timely enough to deliver home-trained labour.

Hence, while material shortages are a hindrance and the increase in the cost of borrowing may be a deterrent to investment in the short term, both issues can be overcome and the reported increase in activity would appear to evidence this. The biggest challenge we face as a sector is our reliance on skilled labour, with 65 per cent of respondents to the Royal Institution of Chartered Surveyors’ final survey of 2021 indicating that they had problems finding bricklayers and carpenters. This echoes Gleeds’ own market-report findings, which showed that 80 per cent of contractors had experienced labour shortages over the previous quarter.

Things are changing slowly with the increase in prevalence of modern methods of construction, greater application of modular techniques and the heightened role of tech. Nevertheless, I have said before that it is time for a nationally coordinated approach aimed at attracting talent to the built environment: more education, greater diversity and, most of all, a joined-up approach between contractors, designers, consultants and trade bodies, all contributing to a marketing and enablement fund that promotes the built environment as a career opportunity for all. We need to do something different to attract talent. If we don’t sing our virtues, no one else will.

To return to my Jaws comparison, ultimately, if we want to move forward and take advantage of the promise of increased workload, we need to think bigger.