Why are more workers retiring early and what does this mean for construction? 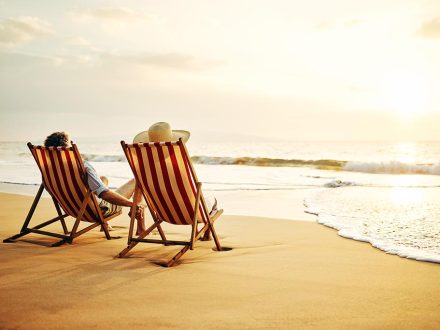 The number of people in their fifties and sixties who are economically inactive has grown by more than 250,000 since the start of the pandemic. The rise of older people who are neither in paid work nor looking for a job represents the reversal of a decades-long trend that had seen economic inactivity in the age bracket fall from 47 per cent in 2000 to 35 per cent by early 2020.

More than half of the increase is attributable to early retirement. In 2021, only 11 per cent of the growth in the number of 50- to 69-year-olds leaving work could be explained by redundancies or dismissals, with redundancy rates falling compared with 2020.

The findings, from the Institute for Fiscal Studies (IFS), are highly significant for the economy. After all, those approaching retirement age are likely to be the most experienced and knowledgeable individuals in any given sector, and the IFS says people are “less likely to return to work from retirement than from other forms of inactivity”. As a result, replacing those skills is far from easy.

So, what does this mean for construction, with its ageing workforce and well-known skills shortage? Construction News examines the situation.

Empirical evidence on early retirement is thin on the ground. However, the data that is available paints a worrying picture.

According to the Construction Products Association (CPA), the age demographic of construction workers across the industry is massively skewed towards those aged between 50 and 56, meaning that the sector is expected to lose about a quarter of its workforce within 10 to 15 years, regardless of the impact of the pandemic.

It also needs to be pointed out that employment volumes in construction peaked in the first quarter of 2019, a year before COVID-19 raised its ugly head. Since then, the industry has lost about 244,000 workers for one reason or another.

“That is a huge number, given that construction output is now back at pre-COVID levels,” says CPA economics director Noble Francis.

Over the same period, direct employment in construction fell by 3.6 per cent, while self-employment dropped by 19.3 per cent, making it clear that the vast majority of jobs lost have been among tradespeople.

Francis says a high proportion of those losses can be attributed to foreign workers returning home, either because of Brexit or understandably wanting to ride out the pandemic with their loved ones.

But that does not mean that early retirement isn’t also a significant factor. “We appear to have lost quite a few early retirees,” says Francis. “We’ve lost some of them because they will have properly retired, but what we don’t know is whether we’ll get those workers back, given that construction demand remains strong.”

When it comes to smaller companies, he doubts it, pointing to a huge range of issues, from changes to VAT rules to rising indemnity insurance costs, and the cost and availability of materials.

“It just means that even though demand is strong, there’s actually been a lot of effort, a lot of difficulty, a lot of stress in terms of construction activity,” he says. “Quite a few of those workers have chosen to leave construction and just stepped out of the industry.”

Alasdair Reisner, chief executive of the Civil Engineering Contractors Association and a member of the Construction Leadership Council’s skills group, agrees: “We’ve got very little in empirical data coming across. Historically, you’ve seen quite a lot of people working past traditional retirement age in construction.”

He adds: “We’ve seen a lack of recruitment, and therefore if you wanted to stay working your employer was often quite comfortable with that, particularly as you have skillsets that are quite hard to recruit. But then, in a COVID-19 world, a lot of people later in life ask, ‘Do I really want to go into work?’. That has meant a lot for those people that would have stayed on longer, [but] have chosen the pandemic as the break point to leave.”

It is also unclear whether workers have genuinely retired or simply left the industry and decided to do something else. After all, there is no shortage of employment opportunities in the wider economy, particularly when it comes to logistics and distribution. Many of those jobs, moreover, are considerably kinder on an ageing body than onsite trades.

“They haven’t necessarily left employment – they’ve gone to another sector,” says Francis. “What they may have done is retrained to be a HGV driver or gone to work in warehouses, given the ramp-up in demand for online sales. We need to know where people have gone, because unless you know that you won’t be able to attract them back in.”

Francis suspects it is a different story when it comes to white-collar jobs, whether that’s at a contractor, subcontractor or professional consultancy.

“The thing with management is that whether you’re 58, 59, 60 or 61, it doesn’t really make much difference,” he says. “Management is management and it’s not that stressful, physically as well as mentally. That’s where age particularly makes a big impact.”

Chris Jarman, director of the Construction Talent Retention Scheme recruitment platform, says the upshot is that skilled, older tradespeople can command a premium and therefore work less if they want to wind down rather than retire completely.

“There’s no shortage of work at all at the moment, which does give people an opportunity to top up those pension pots very well,” he says. “There has been a progressive unpacking of the intensity of work.”

None of which is to say that white-collar workers aren’t also being lost.

Mark Bailey, director of service delivery at executive recruitment firm Holtby Turner, says it isn’t easy to prove cause and effect, but there has been a rise in demand for management-level positions since the pandemic took hold. “I can’t put that down specifically to early retirement because of COVID-19, but there is a higher demand than usual at the moment,” he says.

Elizabeth Hardwick-Smith, group people and culture director at multi-disciplinary consultancy Pick Everard, on the other hand, says that she has “definitely” seen a trend of people retiring early because of the pandemic – even those in the 45 to 55 age bracket. “I’m not saying that’s the majority, but we’ve been shocked,” she adds.

Pick Everard conducts exit interviews when members of staff leave – something that has given Hardwick-Smith an insight into what has happened as a result of COVID-19. “The pandemic has given them an opportunity to do or experience a totally different lifestyle,” she says. 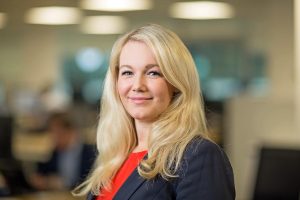 “For a start, there was a significant reduction of the demands they would ordinarily be under working in the construction industry. So, that’s the long hours and the travel on top of that. We also have people among us who can find they are in face-to-face conflict with contractors and clients, and so on. And, obviously, that’s reduced significantly whilst we’ve been virtual.”

Of course, the ways in which companies have approached the return to the office in the aftermath of COVID-19 have been varied, with some insisting on full-time office attendance and others taking a different approach.

Pick Everard embraced agile working and drew up a range of different contracts in an effort to retain talented people who no longer wanted a full-time position. The firm’s experience cannot be put down to it having more draconian rules than its peers. It is possible, however, that the trend could go into reverse. After all, we are now in very different times economically than we were six months ago.

Soho Estates chairman Steve Norris says the current level of uncertainty is unprecedented in his career, not least due to the rise in inflation. Under such circumstances, people who thought they were in a position to retire may start thinking otherwise.

“We’ve got all sorts of other pressures on us now from a financial point of view,” says Hardwick-Smith. “We are getting applications from every age group and on a very balanced basis. We are seeing older workers applying for our positions. There’s every possibility that we’ll start to see some of those people return, even if it’s not to what they were doing before.”

There can be no guarantees that this will be the case, whether in consultancy or any other part of the industry, which largely only leaves longer-term options for filling the void.

“There is a big push on apprenticeship recruitment and things like that to try to ensure there are more people coming in at the bottom of the industry,” says Reisner. “Every single person in the industry has a responsibility to market the industry and say ‘this is an industry where you can have a well-paid and enjoyable career’.”

Such initiatives won’t solve the problem any time soon. After all, apprenticeships can go on for years. Some organisations are looking at new initiatives to overcome this.

The 55 Group is the parent organisation of a number of businesses, including framework provider Pagabo and training platform Tequ. It is currently piloting a scheme where young people are taught very narrow skills aimed at meeting a particular demand, specifically remediating unsafe cladding in the wake of the Grenfell Tower tragedy, to speed up their entry into the marketplace.

The 55 Group chief executive Gerard Toplass says: “We’ve taken an NVQ in cladding, which is a 680-hour course, and broken that down to focus on remediation. We’ve turned that into an 80-hour course. What that means is [that] very quickly somebody can learn the skills just to do the remediation. It’s more of a rifle shot than a shotgun. That is coming to be seen as a template for the way skills training in construction should go.”

And then, of course, there is construction’s perennial bugbear: productivity, or rather the lack of it.

Chris Mortensen, chief product officer at modular housebuilder Modulous, says the solution should be to ensure fewer people can do more work in less time. “If we’re seeing an ageing population that’s starting to take early retirement and the industry is trying to backfill, then we’re going to have a problem,” he says.