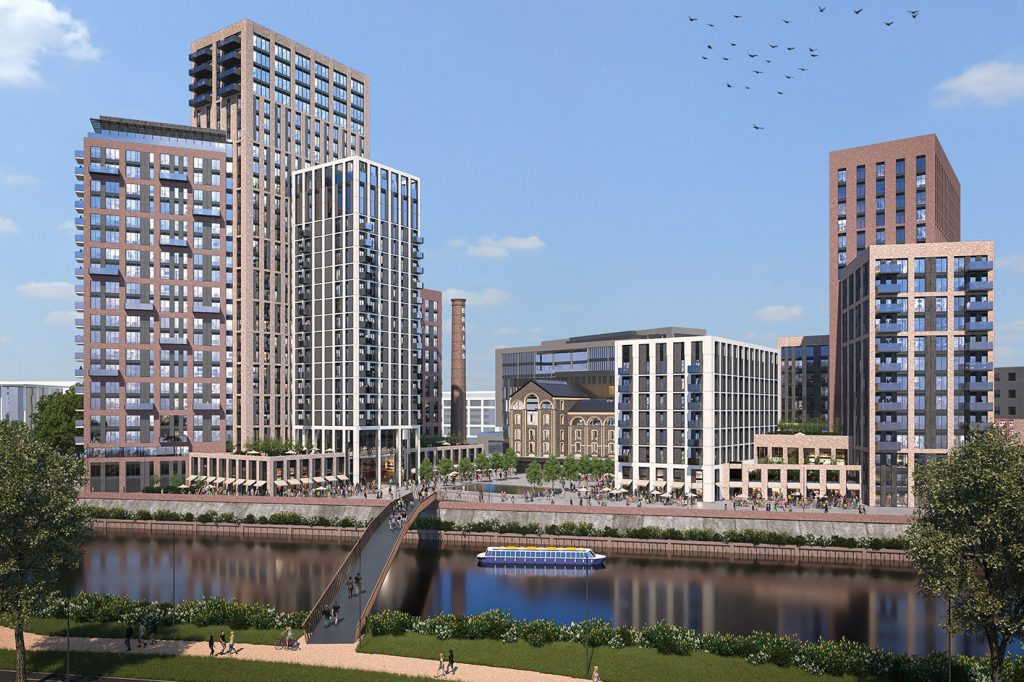 Watkins Jones has been appointed to construct hundreds of apartments in Cardiff as part of a wider £1bn regeneration project.

Legal & General announced the deal in a £200m investment which will provide housing on the site of the former Brains Brewery site in Central Quay, closed to Cardiff Central train station.

The build to rent (BTR) development will consist of a mix of studio, one, two and three bed units with facilities such as a concierge, lobby, gym, gardens and terraces. The plans also include 19,500 sq ft of leisure and retail space.

Work at the Central Quay site will start this winter. It is the developer’s third transaction in the past year and a half with residential rental specialist Watkin Jones.

As part of a major regeneration project in Cardiff, Legal & General has committed a total of £285m to building new BTR accommodation in the city, with 318 apartments also being constructed on the Central Square project.

The additional £200m announced today brings the total spending on the regeneration project to approximately £1bn. The money is being used to deliver:

According to the developer, the provision of a further 715 BTR apartments will facilitate employment growth in the area. It has said the wider regeneration project will create 13,000 new jobs.

Alex Pease, chief investment officer at Watkin Jones, said: “The projects we are delivering together will create excellent homes, act as a catalyst for regeneration of the surrounding areas and help improve people’s lives.

“We look forward to bringing our expertise to what is a hugely exciting regeneration masterplan.”

Mike Powell, head of transactions, BTR, at LGIM Real Assets said: “Since the start of 2021, Legal & General has committed £900m to seven new BTR projects across the UK, completing on two transactions in London, and committed to further developments in Southampton, Birmingham, Glasgow and Hove.

“This investment in Cardiff provides an opportunity to build on the role Legal & General has played in the urban regeneration of the city centre, developing much needed homes that will meet the employment growth that has been created.”