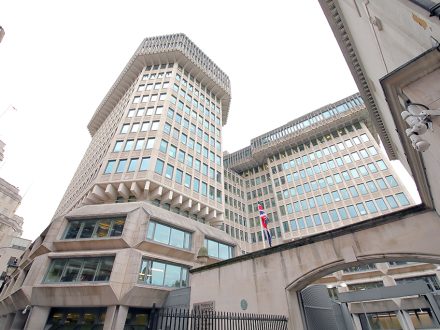 Wates was helped to the top of the June league tables by securing a £250m contract to upgrade a series of UK prisons.

The contractor was one of two firms that secured spots on a £500m contract to construct six new housing blocks at half a dozen prisons, according to data gathered by construction intelligence provider Glenigan.

It will provide space for 2,600 offenders and create more than 2,000 jobs during the construction phase. Wates will also help to build state-of-the-art workshops at the prisons in a bid to reduce reoffending.

Overall, the Surrey-based business took in £333.1m from seven jobs over the course of June, carrying it to the top of the charts for the first time this year. Its return to the summit follows five months out of the top 10, while in February it failed to even make the top 100 contractors list.

Kier was the second firm to be named on the £500m prisons job, which helped it secure second spot. The UK’s second-biggest contractor missed out on the top prize by a mere £14.1m, with a total contract value of £319m. It also bounced back into the top 10, following a month out.

Glenigan divided the £500m prisons contract equally between the firms.

West London-based Henry Construction stormed into fifth place, largely down to a £80m contract it received to build a mixed-use development in Barking in East London, according to Glenigan. Nearly 200 homes are planned for the site, alongside about 650 square metres of commercial floor space.

The scheme, which is headed up by German real estate investment company Patrizia AG, was given the go-ahead in October 2020.

Domis is another company that is rarely seen at the top of the table, taking its first top 10 spot since Construction News started compiling the tables back in 2011. Its meteoric rise to sixth place was off the back of a single contract worth £100m, which will see it build a 41-storey, mixed-use tower in Manchester, according to Glenigan.

Relentless Group, the developer fronted by Manchester United legend Gary Neville, is the client on the project, which will produce 181 apartments and a 191-room hotel.

Robertson also enjoyed a successful June, securing a £49.6m job to develop phase three of a science and technology hub in Sedgefield. The firm is building the 270,000-square-foot phase of the North East Technology Park (known as NETPark), which will include a mixture of labs, offices and storage space.

Morgan Sindall secured another month atop the annual contract leagues, with £2.69bn worth of business secured in the 12 months from July 2021 to June this year. That bounty was delivered through a total of 359 jobs.

Kier retained second spot, although its total for the year was £550m lower than Morgan Sindall’s. Vinci, meanwhile, made a breakthrough and secured its first spot in the top three since November 2019.

Wates’ strong showing in the monthly league tables helped it jump up the annual leaderboard. It took fifth spot after missing out on the top 10 by the skin of its teeth in May.