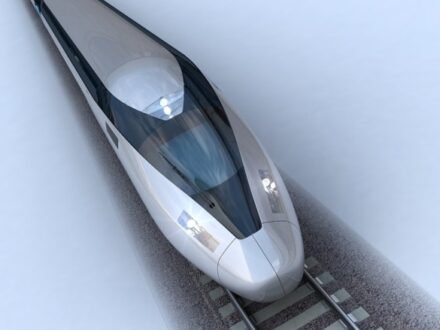 The Competition and Markets Authority (CMA) has raised concerns over competition on HS2 bidding due to the proposed merger of Bouygues and Equans.

In November 2021, Bouygues struck a £6bn deal to buy Equans, the construction and services business owned by Engie, including the latter’s UK Regeneration and facilities-management arms.

The CMA announced a probe of the merger in May, and a statement today from the watchdog questioned the impact of competition on an HS2 overhead power-cable contract.

Subsidiaries of the two companies are competing to supply catenary systems to HS2.

China Railway Electrification Engineering Group and a JV comprising Balfour Beatty, ETF and TSO were also on the shortlist.

The CMA said the proposed merger would not damage future competition for high-speed catenary systems in the UK in general.

But, as the HS2 tender is at an advanced stage and the merging businesses are up against other companies in the final stages of the process, the CMA said it has concerns that bids coming under the control of the merged firm could make the remainder of the tender process less competitive.

The reduction in competition could result in a higher-cost final contract for HS2, which would have an adverse knock-on effect on taxpayers, it added.

“The HS2 tender for overhead catenary systems is at an advanced stage, but the remaining bidders are continuing to compete on the final aspects of the contract. It’s important to ensure this process isn’t undermined as this could result in unnecessary additional costs, ultimately leaving taxpayers worse off.”

The firms have five days to address the CMA’s concerns.

A Bouygues spokesman said: “Bouygues is working on appropriate commitments to respond to the CMA’s concerns.”

The catenary system will cover 589km of track, including 62 viaducts, 293 bridges and 15 tunnels.

The successful bidder will be expected to work closely with HS2’s other rail systems suppliers to ensure the integration of its design.