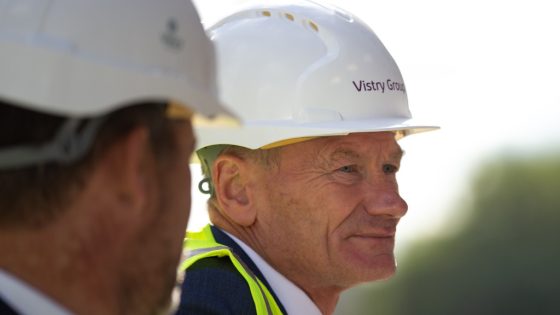 Vistry’s £1.27bn takeover of Countryside Partnerships has been completed.

The deal, first announced in September, combines two of the UK’s largest housebuilders.

The takeover is the latest in a string of mergers and acquisitions by Vistry, which, as the former Bovis Homes, doubled in size when it acquired Galliford Try’s housing arm, Linden Homes, and its regeneration arm, Galliford Try Partnerships, for £1.1bn in January 2020. The deal led to a change of name to Vistry Group.

Countryside will become part of the Vistry Partnerships business, led by Stephen Teagle, who has been chief executive of the arm since it was formed in 2020, having previously been in charge of Galliford Try Partnerships. The division specialises in working with local authorities and housing associations on residential projects.

In May 2021, then Vistry chief operating officer and former Galliford CEO Graham Prothero told Construction News that the strength of the partnerships business was key to why Vistry chief executive and fellow former Galliford boss Greg Fitzgerald wanted to acquire their former company’s residential divisions. Prothero has recently left the company ahead of starting as chief executive of housebuilder Gleeson next year.

In a statement on the completed deal, Fitzgerald said: “In developing this unique, enlarged group, we are bringing together the very best of both businesses. We will integrate the two groups quickly, and in line with our values of integrity, caring and quality, bringing together our talented people to power us to further success.”

Teagle added: “This combination of the two Partnerships businesses is a unique opportunity to work at scale with our clients and partners to increase the supply and quality of new homes across a range of tenures.

“Countryside has a fantastic legacy of delivering high quality regeneration schemes, which perfectly aligns with Vistry’s long-term partnering with clients and commitment to sustainable new communities.”

In 2021, Countryside moved away from housebuilding to focus on partnerships, and it invested £120m into three modern method of construction (MMC) factories. However, it closed one of those within a year and was forced to grapple with falling profit. The decision to close and sell its Leicestershire facility followed the business’ adjusted operating profit, which dropped from £37m in the three months to December 2020, to £17m for the same period in 2021.