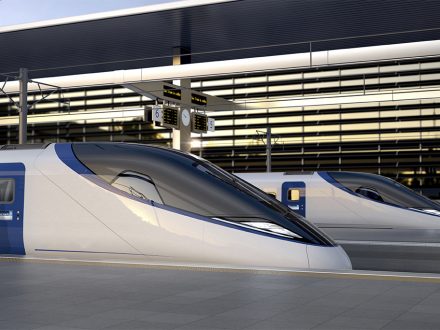 Changes to the eastern leg of High Speed Rail’s (HS2) phase 2b may have been taken before the impact was fully “understood and substantiated”, a cross-party government report has found.

A failure to develop a new benefit-cost ratio (BCR) on HS2 has also left the UK’s Transport Committee “concerned”, as it concluded the reduction of HS2’s eastern leg would “limit the vital capacity needed for growth” in the north of England.

The move to cut the section of line, which would have connected Leeds to Birmingham, was announced alongside pledges to upgrade local infrastructure in the Yorkshire city. The government has also committed to finding alternative ways to connect HS2 to Leeds.

However, the government’s failure to put together an updated BCR for the HS2 line before proposing the changes could be “letting down those who require change the most” in the north of England, according to the Transport Committee’s report.

The report said: “The failure to calculate an updated BCR raises questions over whether the case for changes to the HS2 eastern leg have been properly assessed. It is concerning that the government would make a decision on such an important infrastructure project before having done the BCR calculations to fully understand and substantiate that decision.”

MPs said the previous BCR calculations suggested the economic case for the eastern leg was in fact stronger than for the western leg, which will go ahead as planned. They have called on the government to publish updated BCRs for the whole HS2 line, in addition to the new plans on the eastern leg by March 2023.

The new BCRs must “fully reflect impacts on regional inequalities”, the report adds.

MPs also blasted the delay to new plans to connect Leeds to HS2, arguing that they are “urgently” needed.

The government has been given a deadline of September to share its plans.

“This is essential for demonstrating that the commitment made to Leeds for high-speed connections will be fulfilled,” the report concluded.

The Transport Committee report could also unlock plans for a redeveloped rail station at Leeds. This was thrown into uncertainty when the government announced the plan changes. But the report warned that the station at Leeds is already over capacity and will fail to cope with the increased number of passengers generated by the Integrated Rail Plan (IRP).

Current proposals to upgrade local lines in the north could bring “modest benefits” to the region, according to MPs. But they will fail to change the state of play “to the transformative extent necessary to end regional imbalances”.

The government must “commit” to supporting a redeveloped station, the report added.

A spokesperson for the Department for Transport said the IRP was the “largest single rail investment ever made by a UK government”. They added: “This report significantly underplays the benefits it will bring to millions of passengers for generations to come.”

The IRP will deliver “transformational benefits” to communities across the north and Midlands much sooner than under previous plans, they said.