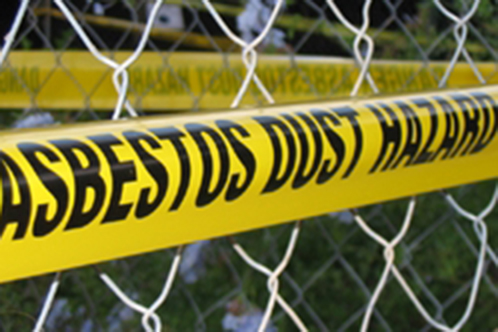 Extensive asbestos remediation work is still needed to thousands of buildings across the UK, a report into the matter has suggested.

The extensive presence of asbestos across more than 100,000 buildings could “present a potential risk to public health”, according to the report, which was drawn up by the Asbestos Testing and Consultancy (ATaC) Association and the National Organisation of Asbestos Consultants (NORAC).

More than 120,000 items of damaged asbestos would need a specialist contractor to replace them, according to the research.

But the data represents a “best-case scenario”, it warns. That is because the data was provided by inspectors engaged by clients that were “compliance-conscious and aware of the regulatory requirements”.

The report suggests that the UK’s approach to asbestos management is “failing”, and notes that much of the material in poor condition has been subject to reinspection.

That could mean “that the items were in a less than good condition and the duty holder has failed to undertake any action” to remediate the damaged asbestos, the report warns.

The data could potentially form the basis of a national database of asbestos in the UK, according to ATaC and NORAC. But the report also warns of the need to standardise data collection and reporting terminology between various sources of information.

The research came after an inquiry by the Work and Pensions Committee this year, which found that little information exists on the prevalence of damaged asbestos in the UK.

The committee demanded the publication of a government plan to remove asbestos from all public buildings within a 40-year timeframe, as well the creation of a national database of asbestos.

But the Health and Safety Executive rejected plans for a national database, and said duty holders already had a responsibility to manage asbestos, meaning a centrally planned programme of removal was not necessary.

Work and Pensions Committee chairman Stephen Timms welcomed the latest report, saying it showed “that a large amount of data is readily available”.

“With further development, it could form the basis of a national database, supporting safe management of asbestos, and helping to prioritise buildings for phased removal,” he added.

“I hope ministers will rethink their opposition to a database.”

Asbestos removal has been a major issue in the UK since its impact on public health became widely acknowledged in the 1970s.

About 5,500 people die each year from exposure, but the material was only banned from sale and use in the UK in 1999.

Work in restoring the Palace of Westminster was halted for months in February when asbestos was discovered on site. It was later revealed that at least 117 people had potentially been exposed to it.

The team in charge of the renovation work faced criticism for failing to report the issue to authorities when the asbestos was discovered last November.