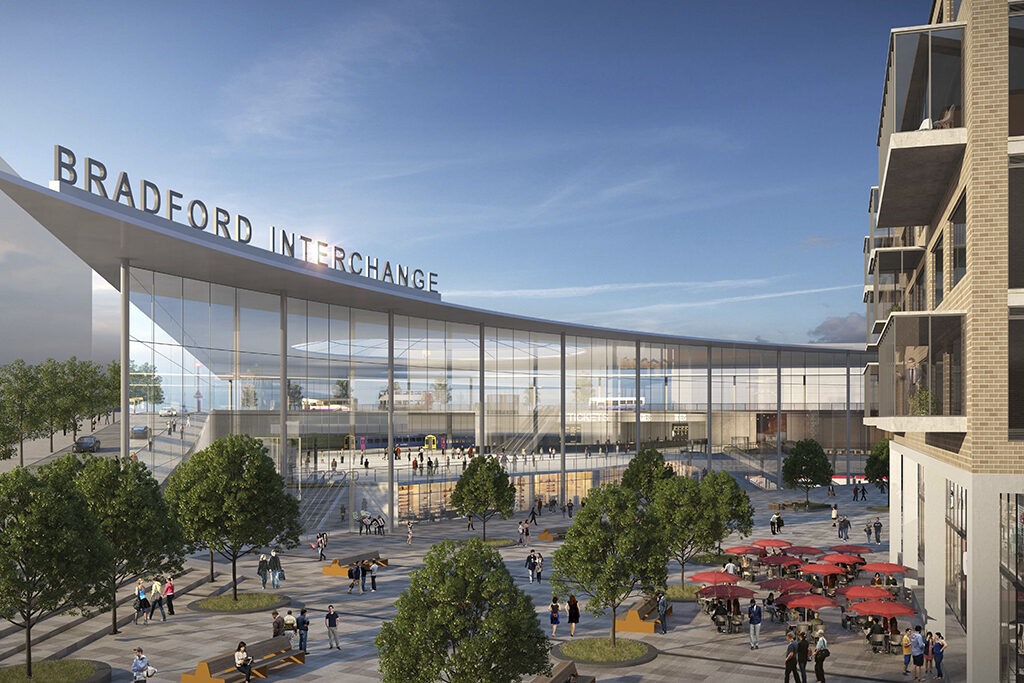 Prime minister Liz Truss has reiterated a promise to deliver a high-speed rail in the north of England previously cancelled under the Johnson administration.

The Integrated Rail Plan (IRP), published in November 2021, ditched previous plans to build a full rail line from Liverpool to Leeds via Manchester, with links to Sheffield, York, Hull, and elsewhere in the North and Midlands. The eastern leg of HS2 was scrapped at the same time.

Bradford, whose council was planning a new £500m rail station to link up with the route, was removed from the plans altogether, and a connection between Leeds and Manchester is no longer planned to run at high speed.

However, Truss told ITV that she was “very clear” on her ideas to deliver the full Northern Powerhouse line and reverse the decision of her predecessor, Boris Johnson.

It comes after the prime minister committed to reviving the scaled-back Northern Powerhouse Rail (NPR) scheme during the Conservative leadership election earlier this year.

When asked during an interview with the broadcaster this week if her plans for NPR meant a full new line all the way from Liverpool to Hull with a stop in Bradford, she said: “It does.”

“It will stop at Bradford. I’m very clear about that,” she added.

Truss said further information for the new route would be set out “in due course”.

The IRP is estimated to be a £98bn plan, however, the scope outlined by Truss would cost an extra £25bn, according to ITV.

Truss first tabled a commitment to the project as part of her contest for the role of prime minister. In a speech at Leeds, while still in her capacity as foreign secretary, she referred to her teenage years spent in the city and explained that she understood the need for better public transport.

Bradford Council leader councillor Susan Hinchcliffe said that the council was now looking to speak to the government about starting construction. “We will hold her government to account to deliver on the Bradford stop and Northern Powerhouse Rail in full and we won’t let up until spades are in the ground and NPR is delivered,” she said.

The local leader estimated that the Bradford station would give rise to 27,000 new jobs and £167bn of economic output locally for the economy.

Mayor of West Yorkshire Tracy Brabin described Truss’s commitment as a “U-turn” but said it was “good news” for Bradford and West Yorkshire.

One of Truss’ key cabinet members has also announced that she was a “supporter” of the Heathrow Airport expansion.

The £14bn expansion has faced legal challenges historically around the environmental impacts of the project, however, the Supreme Court removed the ban on the plans to build a third runway in September 2020. In February this year, Heathrow airport set up a review of the expansion plans that would take place over the year, adding that the pandemic had solidified the need for the third runway.

But new transport secretary Anne-Marie Trevelyan indicated that she was keen on the project.

“I’m a supporter of moving forwards,” she said in a Conservative Party Conference meeting around the aviation industry.

Last month, chancellor Kwasi Kwarteng announced plans to overhaul the planning system for major infrastructure projects, with schemes to be fast-tracked as part of a plan to unlock economic growth.