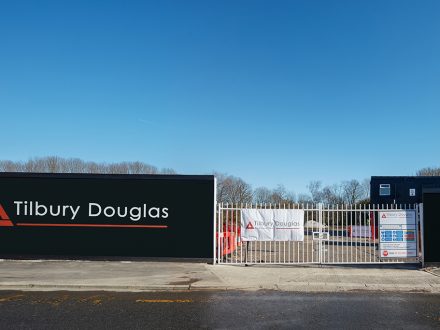 Tilbury Douglas is to operate as a standalone contractor again after “fully separating” from Interserve Group, the firm has announced.

The construction company, which rebranded to Interserve plc between 2001 and 2021, had been owned by Interserve Group and was subject to a failed Kier takeover earlier this year.

However, Tilbury Douglas managing director Paul Gandy announced today that it would operate as a sole contractor, returning to its “historic roots” after separating from Interserve Group.

He said in a statement: “This separation returns Tilbury Douglas to its historic roots as a major contractor.

“[The company] is deeply committed to becoming the most customer-focused and productive contractor in the UK, benefitting from strong in-house mechanical and electrical capabilities – a specialist fit-out business.

“And we have significantly invested in our enterprise and technology platforms over the last 18 months.”

Gandy, who joined the company in 2019, said the group delivered more than £500m of projects in 2021, while its order-book totalled “more than £1bn and continues to grow”.

He said: “Our shareholders are committed to Tilbury Douglas and the team is ready to start the next exciting chapter for our business. We are looking forward to the years ahead and the continued growth of [the company].”

Interserve plc went into administration on 15 March 2019, after its shareholders voted down a deleveraging plan, which resulted in its subsidiary companies being sold to the group’s lenders in a pre-pack administration.

This led to debts of £815m and other liabilities of more than £200m being effectively wiped out by stakeholders in exchange for equity in the new parent company, Interserve Group Limited.

Tilbury Douglas was the last element of Interserve plc owned by the debt holders that acquired the group out of administration in April 2019. The RMD Kwikform business was sold to Altrad in October 2021 and Mitie bought Interserve’s facilities-management operation in November 2020.

Interserve plc was officially wound up at the High Court in March.

Sky News reported in January that Kier had entered into talks to buy Tilbury Douglas after notifying the Cabinet Office of its intensions. But it pulled out of negotiations in March.

Tilbury Douglas’ contracts have historically been angled towards the education, health and infrastructure markets.